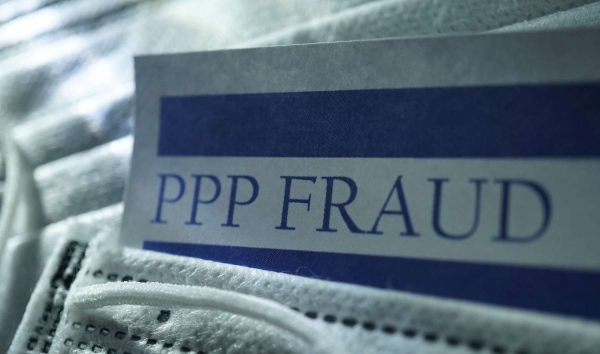 Elijah Majak Buoi, 38, of Winchester, Massachusetts, was charged in a criminal complaint filed in the District of Massachusetts with wire fraud, and will appear in federal court in Boston this afternoon.

The complaint alleges that Buoi is the president and CEO of an information technology services company, Sosuda Tech LLC. Between April 2020 and June 2020, Buoi allegedly submitted fraudulent applications for over $13 million in PPP loans through SBA-approved lenders. In these applications, Buoi misrepresented the number of employees and payroll expenses and falsely certified that the United States was the primary residence for his employees. Buoi also allegedly submitted falsified documentation in support of his applications for PPP funds. The complaint further alleges that Buoi ultimately received over $2 million in PPP funds. The government has seized approximately $1.98 million from Sosuda’s business bank accounts.

The CARES Act is a federal law enacted on March 29, 2020, designed to provide emergency financial assistance to the millions of Americans who are suffering the economic effects caused by the COVID-19 pandemic. One source of relief provided by the CARES Act was the authorization of up to $349 billion in forgivable loans to small businesses for job retention and certain other expenses, through the PPP. In April 2020, Congress authorized over $300 billion in additional PPP funding.

The PPP allows qualifying small-businesses and other organizations to receive loans with a maturity of two years and an interest rate of 1 percent. PPP loan proceeds must be used by businesses on payroll costs, interest on mortgages, rent, and utilities. The PPP allows the interest and principal on the PPP loan to be entirely forgiven if the business spends the loan proceeds on these expense items within a designated period of time after receiving the proceeds and uses at least a certain percentage of the PPP loan proceeds on payroll expenses.

A federal criminal complaint is merely an accusation. A defendant is presumed innocent until proven guilty beyond a reasonable doubt in a court of law.

Trial Attorney Della Sentilles of the Criminal Division’s Fraud Section and Assistant U.S. Attorneys Mackenzie Queenin and Carol Head for the District of Massachusetts are prosecuting the case. The Justice Department acknowledges and thanks the FBI, IRS-CI, FRB-CFOB OIG, and the FDIC OIG for their efforts in investigating this matter. The Justice Department would also like to thank the SBA OIG for their support and assistance.

Anyone with information about allegations of attempted fraud involving COVID-19 can report it by calling the Department of Justice’s National Center for Disaster Fraud (BCDF) hotline by phone (1-866-720-5721 or via an online reporting form available at https://www.justice.gov/disaster-fraud/ncdf-disaster-complaint-form.