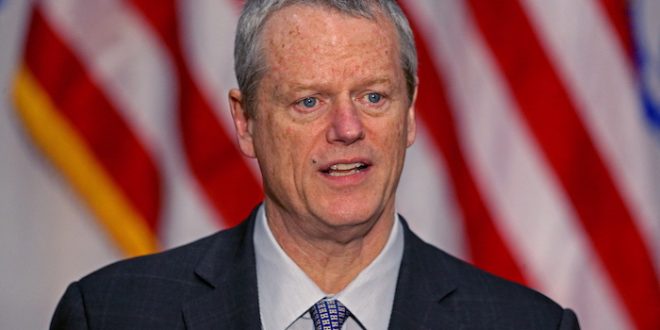 Gov. Charlie Baker said Wednesday that he generally agrees with federal officials who suggested COVID-19 deaths are probably being undercounted in the hardest hit states, including Massachusetts, and he said the state is making an effort to get a more precise count.

Officially, 3,153 people have died of COVID-19 in Massachusetts and the first death was reported on March 20. But the U.S. Centers for Disease Control released new data late Tuesday that suggested the number of people who died of all causes was roughly 50 percent higher than normal in seven states including Massachusetts from March 8 through April 11.

In breaking down the CDC data, the New York Times reported that deaths in Massachusetts were 120 percent of the five-year average during the March 8 to April 11 timeframe, meaning there were about 1,200 more deaths than the average. In that timeframe, reported COVID-19 deaths totaled 686, the Times said.

Asked about the CDC data Wednesday, Baker said public health officials in Massachusetts have begun the work of determining whether any deaths prior to the one reported on March 20 should be attributed to the virus.

“I think most people believe that COVID-19 death rates are probably undercounted because it was here — well, it was in a lot of places — before people truly understood and appreciated what it was,” the governor said. “People have gone back and started to do some work to try and figure out if there are cases where people presented with what would have been deemed as COVID-19 type symptoms and possibly were categorized in some other way.”

Baker said that effort is being undertaken by the coroner’s office in conjunction with the chief medical examiner, Dr. Mindy Hull. He also added, “generally speaking, once we were aware of the presence of the disease, we test pretty much everybody.”

The undercounting of deaths has been an issue in other states and countries throughout the pandemic. In New York City, the fire department reported a surge in at-home deaths and the mayor said it was “right to assume” that the vast majority of the at-home deaths — which are not counted in official COVID-19 statistics unless the person had tested positive — were coronavirus related. The city later added more than 3,700 deaths to its official tally, all people who never tested positive for COVID-19 but are presumed to have died of the disease.

Part of the undercounting issue has to do with testing. For weeks, COVID-19 tests have been reserved for people who met a specific set of symptom criteria, frontline health care workers, other first responders and, at least in Massachusetts, people living in long-term care facilities like nursing homes. Test are only now beginning to become more accessible. So far, 254,500 people have been tested for COVID-19 in Massachusetts and the state has been averaging between 8,000 and 10,000 new tests per day over the last two weeks.

Expanded access to testing was flagged Tuesday by Lt. Gov. Karyn Polito as a top priority as the state begins to craft a plan to reopen the economy. The governor has been calling on the U.S. Food and Drug Administration to play a larger role in ramping up testing capacity and said Wednesday he is encouraged by recent conference calls with federal officials.

“This is a classic example of where the federal government has a big role to play, testing and treatment. They can make an enormous difference,” Baker said, singling out specimen collection, not test processing, as the single biggest issue. “There’s a lot of processing capacity. The big issue is around the swabs and the transport media and the reagents and, again, there are people who are working this one. But this is one where the federal government has the ability to put their foot on the accelerator, and I’ve been heartened by the fact that the last two or three conversations that we’ve been on with … people in the administration, there’s been a lot of focus on enhancing the country’s ability to test and the federal government’s ability to support states with respect to what they believe is the level of testing they need to do.”

He added, “And I fully expect that it’s going to ramp up.”