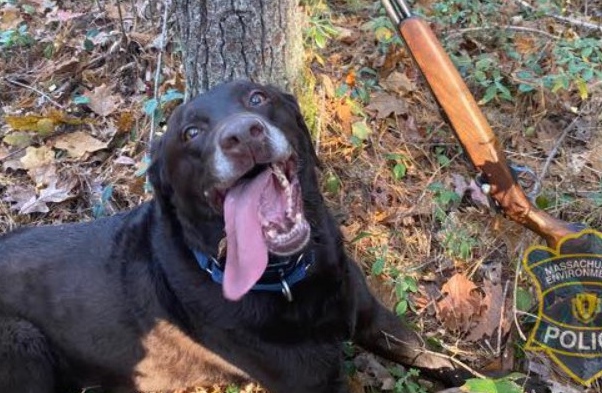 “On Saturday, October 22, 2022, the Massachusetts Environmental Police received a request for assistance in recovering a lost firearm.

A hunter had taken a hard fall while attempting to make his way out of the woods. The fall caused the individual to become disoriented, losing his firearm and phone in the process. The hunter remained in the woods overnight and attempted to recover the lost items at daybreak. After several attempts, the hunter was unsuccessful.

MEP K9 Jett and her handler responded to the call for assistance. K9 Jett was deployed within the densely wooded area where the hunter believed the items were located. Shortly after deployment, K9 Jett alerted her handler to the location of the firearm. The Officer examined the firearm and determined it was unloaded. The K9 Team exited the woods and returned the lost items to the hunter, who was properly licensed and stamped.

K9 Jett is trained in the detection of explosive materials, such as smokeless and black powder commonly found in firearms and ammunition. K9 Jett has been serving the Commonwealth alongside her partner for over 7 years.” -Massachusetts Environmental Police. 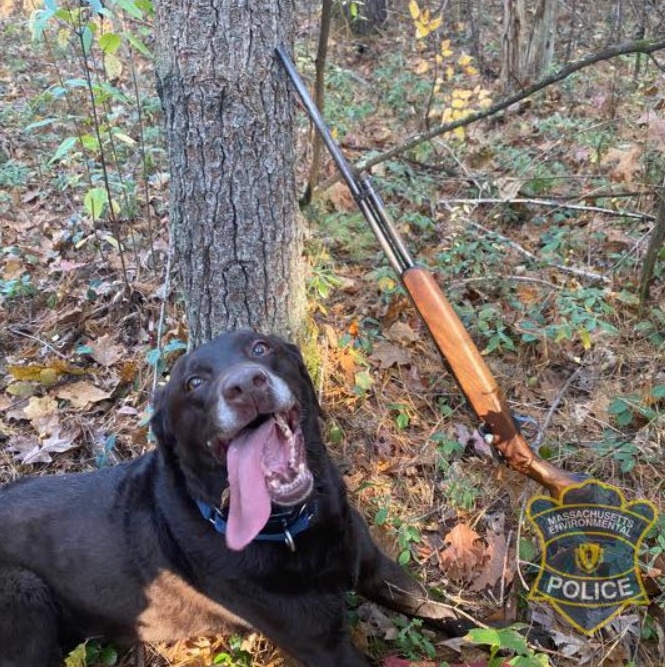