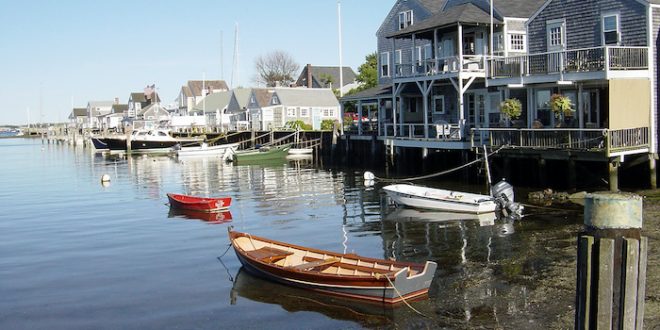 A leak in their 275-gallon heating oil tank two years ago left Arlington resident Jay Eberle and his wife with about $10,000 in damage to their finished basement, plus a $12,000 bill for cleanup services, he told lawmakers Wednesday.

“We were told that we were lucky that no oil had leaked outside the basement because cleanup and environmental remediation costs could easily have run into the hundreds of thousands of dollars,” Eberle told the Financial Services Committee.

In recounting his experience with a heating oil spill last year, Nicholas Stephens also referenced luck, describing himself as “lucky in that I was able to avoid bankruptcy.”

But the 87-year-old said he spent the majority of his retirement savings toward what so far has been a $507,000 tab for cleanup work, which was complicated by the fact that his Hopkinton home is within 70 feet of a neighbor’s well, 70 feet of a lake and across the street from a swamp.

“It went not only through my house, under my house and into my neighbor’s property and his shed,” Stephens said. “They had to elevate my house to do the oil underneath, so it has been a nightmare for an entire year.”

Both homeowners said they’d contacted their insurance companies, only to learn they weren’t covered for heating oil leaks. They asked the committee to support a Sen. Anne Gobi bill (S 676) that would mandate homeowners’ insurance coverage for damage arising from a release of heating oil from residential fuel tanks.

Christopher Stark, executive director of the Massachusetts Insurance Federation, testified against both bills, saying they would “significantly” increase the scope of coverage, with an impact on costs.

A law that took effect in 2010 required insurers’ to make coverage available for heating oil spills, provided that the homeowner meets prescribed guidelines around the upkeep of the tank. Supporters of Gobi’s bill said they are seeking to update that law to mandate the coverage because too few homeowners know it’s available — environmental law attorney Susan Crane said 7 percent of Massachusetts homeowners who heat with oil have the coverage in place.

Crane said she has not had a single client with a heating oil spill who “wasn’t completely shocked when they learned there was no coverage for the cleanup.”

Stark said the pair of bills would remove the requirement that tanks be remediated and updated to current environmental standards in exchange for coverage, which could lead to greater environmental damage.

“The federation believes that it’s wholly inappropriate to make the major changes in these bills after it took so long to get us to consensus a decade ago,” he said. “This will shift the cost to all policyholders by mandating coverage in every homeowner’s policy. Only about a quarter off Mass. homes heat with oil, so this cost will shift to the other three-quarters of our homeowners.”

Crane said that insurers currently offer fuel riders “for as little as $75 per year” and projected that spreading the cost of mandatory coverage over all 2 million Massachusetts homeowner policies would have a “nominal” impact on premiums of “maybe less than $10 per policy.”

Stark pushed back on that math, saying the riders that are offered are based on tanks meeting current environmental requirements and if that threshold were struck from the law, more tanks would be covered “that cause devastating damage by the negligence in upkeep and repairs.”

Rep. James Murphy, the House chair of the Financial Services Committee, said he would expect a “very small” amount of claims to be made and that he was “not quite sure it would be overly expensive to the insurance companies to add this as a rider or even include it as mandatory coverage.”

Murphy suggested that it would be a “simple question” for homeowner’s policies or insurance agents to ask if a house is heated by oil, and then advise the customer at that point about the availability of a rider to cover spills.

Stark said he believes homeowners are asked about heating sources, but that question is often answered incorrectly — not “out of any bad part of the consumer,” he said, but because of the “vastness of other policy questions or not recognizing the heat source.”

Stark said there should be an educational component, but it should be in the hands of heating oil distributors to provide an annual notice to their customers of the availability of coverage and requirements under the statute.