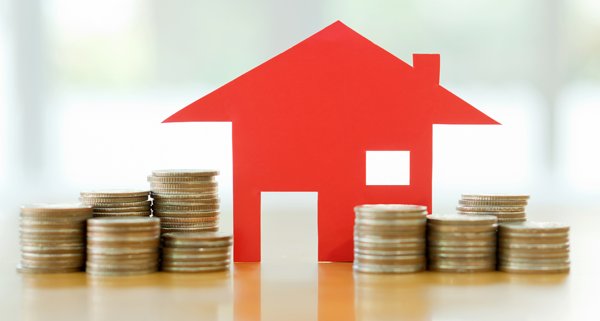 Through the Department of Housing and Community Development (DHCD), the Baker-Polito Administration awarded $93.3 million in direct subsidy funding and allocated $45.8 million in federal and state housing tax credits that will generate approximately $310 million in equity in support of these projects. The projects are located in every region of Massachusetts, and include new construction, historic rehabilitation, and the preservation of occupied projects in need of rehabilitation. Additionally, some projects are transit-oriented, and eight of the construction projects will be built to Passive House design standards.

“As Massachusetts continues to recover from the COVID-19 pandemic, it is important that we continue to prioritize new affordable housing development to help our most vulnerable families,” said Governor Baker. “Stable housing is the foundation of healthy, prosperous communities, which is why our administration has proposed an immediate infusion of nearly $1 billion in federal recovery funds to rapidly increase capacity for production in every part of the state.”

“We are proud to support an excellent project here in Lawrence, another step in an amazing transformation of the Arlington Mills National Historic District into a thriving residential neighborhood, zoned for up to 1,000 housing units,” said Lt. Governor Polito. “Since 2015, we’ve invested in revitalization efforts like this across the state, creating new housing, jobs, and new opportunities for cities and towns and have directed more than $1.4 billion to our affordable housing ecosystem. Cities like Lawrence are using state and federal funds to pursue a new vision that puts housing at the center of communities.”

“Here in Massachusetts, we have seen the negative impacts of our housing crisis affect nearly every region. Through our new Housing Choice reforms, new programs, and increased capital investments, the Baker-Polito Administration is helping move great projects forward, more quickly,” said Housing and Economic Development Secretary Kennealy. “Solving our housing crisis helps all of our households, enabling our working families to put down roots in communities, stabilize vulnerable families, and provide opportunities for cities and town to grow. We are excited to deploy federal recovery funding to supercharge the pipeline of affordable housing in Massachusetts.”

“Today’s awards will bring new, affordable housing that meets the diverse needs of our Commonwealth, including new senior housing in Randolph, new permanent supportive housing for unaccompanied adults in Quincy, preservation of currently affordable housing in Holyoke, and new family housing in West Roxbury,” said Housing and Community Development Undersecretary Maddox. “These projects will provide thousands of households with access to safe, quality, affordable housing in every region. Affordable housing development and preservation is an integral part of our strategy to address our housing crisis, and we are fortunate to have a rich ecosystem of stakeholders and developers committed to the future of Massachusetts and our families.”

Today’s announcement was made in Lawrence at the site of a project that will transform a former mill into new housing for residents. The historic adaptive re-use project, sponsored by Trinity Financial, Inc., will create 87 new units of housing at 608 Broadway, with 66 units restricted for households earning less than 60% of the Area Median Income, including 17 units further reserved for households with extremely low-incomes or making the transition from homelessness. DHCD will support the project with federal and state low-income tax credits (LIHTC) and subsidy funds, and the City of Lawrence will provide funding as well. MassHousing is supporting the project with a $22.75 million permanent mortgage, a tax-exempt short-term equity bridge loan, and $2.1 million in workforce housing financing.

“I am proud to be a part of the state’s efforts to expand access to affordable housing and ensure that each of our residents can find a place to call home in an increasingly expensive housing market,” said State Senator Barry Finegold. “In addition to putting a roof over the heads of the state’s most vulnerable residents, affordable housing boosts economic growth and is a crucial part of post-pandemic recovery. This is especially important in a city like Lawrence, where the unemployment rate remains double that of the state average. Congratulations to all the grant recipients and thank you for your dedicated work providing stable housing to those who need it most.”

“This funding will provide critical state investments to the City of Lawrence as we continue to make affordable housing in Massachusetts more accessible to those facing financial uncertainty,” said State Representative Frank A. Moran. “The conversion of 608 Broadway will accomplish this goal by creating 87 new units of housing, while also celebrating Lawrence’s rich industrial history by ensuring that our mill buildings are utilized and brought into the modern age. I would like to thank Governor Baker and the Executive Office of Housing and Economic Development for their continued support of initiatives such as this in Lawrence.”

“Having accessible housing options in Lawrence is a necessity for our community members and their well-being,” said Lawrence Mayor Kendrys Vasquez. “Lawrence is a community; safe and affordable housing is vital for our residents to thrive. This partnership between the city and the state will provide Lawrencians opportunities to deepen their roots in the city that they love. I am proud of the work we are doing to create housing opportunities and grateful to all the people partnering with us.”

“Trinity Financial is grateful for the Baker-Polito Administration’s leadership on affordable housing and their commitment to the Gateway City of Lawrence,” said Dan Drazen, Vice President, Development at Trinity Financial. “This tax credit award will enable us to leverage both public and private funding and undertake a transformative adaptive reuse project. Building upon the momentum of our adjacent Arlington Point project, which was completed in 2019, the 608 Broadway project will breathe new life into a historic asset, provide mixed-income housing and continue the multi-phase revitalization of the Arlington Mills Historic District.”

Last month, Governor Baker announced a plan to devote $1 billion from the Commonwealth’s direct federal aid to funding homeownership and housing priorities, a significant investment to help increase housing production and reduce barriers to owning a home as part of the ongoing COVID-19 recovery effort. This funding plan calls for $200 million to fund rental housing production and provide increased housing options to workers and residents of disproportionately impacted municipalities, and $300 million to finance the statewide production of senior and veteran housing. These new housing resources build upon over $1.6 billion in separate federal funding that has already been allocated to entities throughout the Commonwealth for housing purposes since the start of the pandemic.

The Baker-Polito Administration has shown a deep commitment to increasing the production of housing across all income levels. Since 2015, the administration has invested more than $1.4 billion in the affordable housing ecosystem, resulting in the production and preservation of more than 22,000 housing units, including over 19,000 affordable units. In 2018, Governor Baker signed the largest housing bond bill in Massachusetts history, committing more than $1.8 billion to the future of affordable housing production and preservation.

This year, Governor Baker signed economic development legislation titled An Act Enabling Partnerships for Growth that includes substantial new funding for affordable and climate-resilient housing, as well as targeted zoning reforms to advance new housing production. In June, the administration and MassHousing made the first commitments through the CommonWealth Builder program, an initiative intended to create homeownership opportunities and build generational wealth in communities of color. The administration has also supported the development of more than 17,000 mixed-income housing units through the successful MassWorks Infrastructure Program, reformed the Housing Development Incentive Program, and worked with communities to implement smart-growth development and planning efforts.

The following has been truncated so as to only show those areas closer to greater New Bedford for relevancy.

Affordable Rental Housing Awards
Hillcrest Acres is an existing occupied project in Attleboro. Schochet Companies recently acquired the project and will rehabilitate it as mixed-income rental housing for families. DHCD will support the project with federal and state low-income housing tax credits and subsidy funds. When construction is completed, the project will offer 100 rehabilitated units. Fifty-two units will be affordable to households earning less than 60% of AMI, with 13 units further restricted for households earning less than 30% of AMI.

Ticcoma Green Workforce Housing is a new construction project for families to be built on Nantucket. The sponsor is HallKeen Management, Inc. DHCD will support the project with federal and state lowincome housing tax credits and subsidy funds. The town of Nantucket will provide substantial funds of its own to support the project. When completed, Ticcoma Green Workforce Housing will offer 64 total units. Twenty-three units will be affordable to households earning less than 60% of AMI, with nine units further restricted for households earning less than 30% of AMI, including households transitioning from homelessness.

Littleton Drive Senior is a new construction project for seniors to be built in Wareham. The sponsor is Pennrose, LLC. DHCD will support the project with federal and state low-income housing tax credits and subsidy funds. The town of Wareham also will provide funds to support the project. When completed, Littleton Drive Senior will offer 44 total units. All 44 units will be affordable to seniors earning less than 60% of AMI, with eight units further restricted for seniors, earning less than 30% of AMI, including seniors transitioning from homelessness. As required by DHCD, Pennrose will provide supportive services to the new residents of the project.