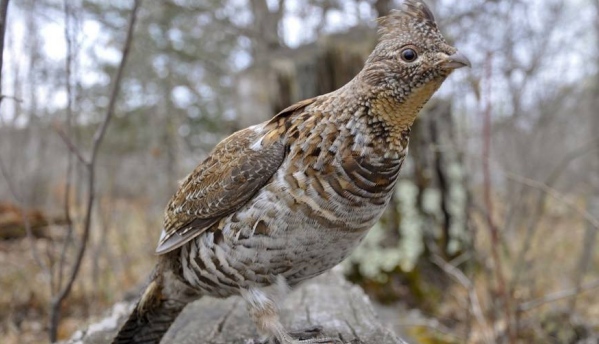 On rare occasions, grouse have been documented closely following people and cars or acting aggressively. While biologists aren’t sure what causes this unusual behavior, it’s probably attributed to territorial behavior associated with the breeding season.

These changes are stimulated by increases in daylight and may be exacerbated by sounds that mimic their mating drumming noises, such as a tractor or truck engine.”-Massachusetts Division of Fisheries & Wildlife.