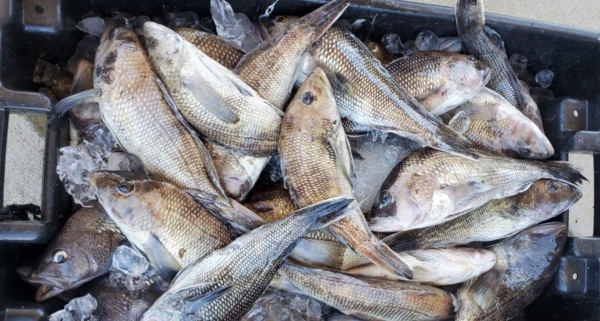 On Sunday, June 14, 2020, Massachusetts Environmental Police Officers responded to the Stop and Shop plaza in Wareham in response to a report of a small boat trailered and several individuals loading coolers into nearby vehicles.

A subsequent fisheries inspection of the vessel and vehicles showed the individuals to be in possession of 84 black sea bass over the legal limit, 17 of which were undersized.

Several citations with monetary fines were issued, the catch was seized and donated to the Wampanoag Tribal Food Pantry in Mashpee.