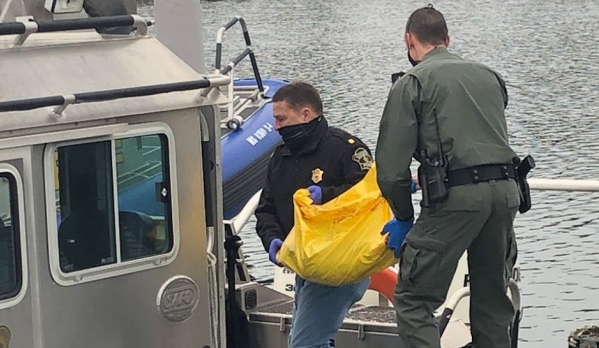 Early this morning, Massachusetts Environmental Police Dispatch was notified that a moose, weighing approximately 700 pounds, had died after being hit by a motor vehicle.

An assessment of the animal determined that the meat was still salvageable. With the assistance of MassDOT, the moose was loaded into a MEP cruiser and subsequently processed for consumption.

Lieutenant Colonel Patrick Moran met Sergeant Scott Opie, the MEP Officer assigned to Martha’s Vineyard, at the dock prior to the Sergeant’s routine departure to the Island this morning. Together, they loaded the meat and delivered it to the Aquinnah Wampanoag Food Pantry, whose food supply for those in need has dwindled significantly in recent months. 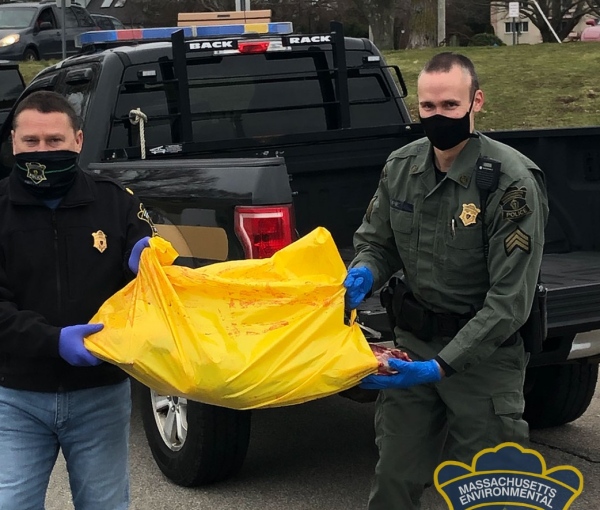