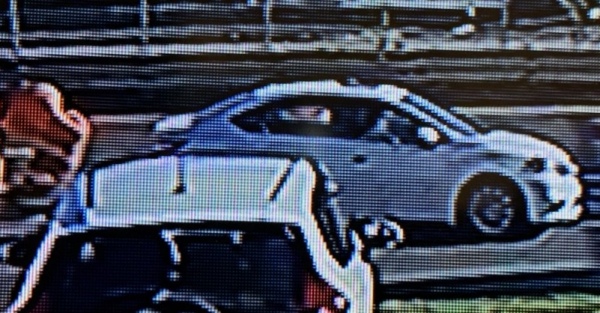 ﻿﻿The Massachusetts State Police are seeking the public’s help in identifying a hit-and-run driver who struck a pedestrian, causing serious injuries, this morning in Saugus.

The crash occurred at approximately 10:17 AM on Route 1 southbound at Route 99. The victim, a 24-year-old Gloucester man, suffered serious injuries and was transported to Massachusetts General Hospital.

Preliminary investigation by the State Police-Danvers Barracks indicates that the victim, who is employed by a business in that area, stepped into the roadway to retrieve a barrel that had blown onto the road.

After striking the victim the motorist did not stop and continued onto Route 99. We are seeking to locate the vehicle and driver.

The suspect vehicle is a white sedan, possibly a Nissan Sentra. The driver is believed to have been a white male.

The vehicle may have front-end damage and undercarriage damage.

A photo of the actual vehicle taken from a nearby camera is included with this release. (The vehicle we are seeking is the one on the highway, seen from the side).

Anyone who has seen this vehicle, or who has information about it or the driver, is urged to call the State Police-Danvers Barracks at 978-538-6161, or simply call 911.

Served 20 years in the United States Air Force. Owner of New Bedford Guide.
@NewBedfordGuide
Previous Brockton Man Indicted for Being a Felon in Possession of a Firearm and Ammunition
Next Massachusetts opioid overdose deaths on rise during pandemic