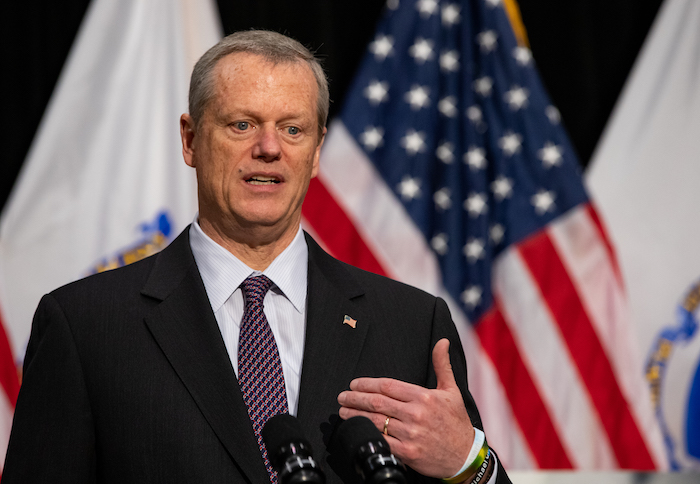 There were nearly 500 new cases of COVID-19 confirmed in Massachusetts over the weekend and the percentage of tests that come back positive for the coronavirus is rising.

The Department of Public Health confirmed 210 new cases of COVID-19 on Saturday and 273 more cases on Sunday, along with the announcement of 31 recent COVID-19 deaths between the two days. The number of daily new cases, which had generally settled at fewer than 200 a day earlier in the month, has been above 200 each of the last four days.

“Last four days in #Massachusetts had #COVID19 new positive tests over 200. Last time that happened? Mid-June – on the way down,” Dr. David Rosman, president of the Massachusetts Medical Society, tweeted Sunday night. “The data is early, but it looks like we are on the way back up. We should consider backing down a phase. #wearamask.”

Data reported Sunday would suggest the average will continue to climb — the 273 new cases reported Sunday were the results of 9,780 tests, meaning that 2.79 percent of all tests came back positive for the virus.

“We actually had a higher positive test rate two and a half months ago than we have today, which speaks not only to the strategic decision-making that went into developing and implementing that plan, but it also speaks in a very big way to the work that’s continued to be done by the people in Massachusetts to do the things that we know are most successful in containing the virus and reducing the spread,” Gov. Charlie Baker said last week.

In Somerville, Mayor Joe Curtatone has taken a slower approach to allow business and social activity to resume. While most of the rest of the state has advanced to Phase 3 of the administration’s plan to open movie theater, gyms and more, Somerville is waiting until at least early August to permit most of those Phase 3 businesses.

In an interview Sunday with WBZ-TV’s Jon Keller, Curtatone defended his approach and said he has two goals: “to ensure the public health, safety and wellbeing of everyone in our community and also to make sure that in any reopening, that it sustainable.”

“As we move forward and as we have been moving forward, we have to commend the governor, his administration, the commonwealth and everyone out there who has done their part to flatten the curve,” he said. “But there are lessons to be learned and there’s data that we should be fully looking at.”

The mayor pointed to California, which he said was a few weeks ahead of Massachusetts in flattening the curve and has since rolled back reopening measures in many counties as case trends went in the wrong direction. Reiterating the widespread belief that a second wave of the coronavirus is in the offing this fall or winter, Curtatone said Massachusetts is not prepared to deal with that.

“We’re not prepared for a resurgence, not when we don’t have contact tracing where it should be, testing up to the level that it needs to be to gauge and respond to any outbreaks,” he said.

Keller asked Curtatone about Tufts University and the return of thousands of college students to Somerville. Curtatone said not having a comprehensive plan and some requirement for baseline testing of college students returning to Massachusetts from other parts of the country is “another glaring example where we are not prepared.”

“This is a big risk, I agree, and this approach by really the governor and the commonwealth of self-regulatory self-compliance is one that has proven to be a failure,” Curtatone said. “We’re not a selfless society, I’m sad to say that. We go around and we spike the football to victory, we have state beaches and parks and other facilities that are over-crowded, people refusing to wear face coverings at a time when the rest of the country is on fire, we know a resurgence is going to hit us and we’re struggling to save lives, get our schools open, now we’re going to have to deal with a major influx of people coming from outside the state and there’s a major gap.”

The mayor said that what Massachusetts needs is “a deliberative, bold approach to mandate at least some sort of baseline testing within a certain amount of days before you come to the commonwealth.”

At the end of a press conference Friday at which he announced new mandatory quarantine or testing requirements, Baker said the data he’s seen do not suggest that young people are driving coronavirus activity in Massachusetts.

The governor said he brought the topic up because of the way that “an astonishing run-up in positive test rates for the under-30 crowd” drove a lot of the recent surges in cases in the south and southwest.

“We do not have that,” Baker said. “Our under-30 crowd is a higher percentage than it was two months ago, but that’s not because their positive test rate overall has gone up. It hasn’t, it’s collapsed the same way the 30 to 60 crowd did and the over-60 crowd did.”

He added, “our young people, for the most part, appear to be doing all the same things that the 30 to 60 and over-60 folks are doing. They’re not driving trend, they’ve done a really good job of reducing their overall positive test rate over the same period of time that other people did, they just didn’t have as far to go in reducing their positive test rate as the other two groups did.”