“Manuscript believed to have been unlawfully removed from Mexico’s national archives.

The United States Attorney’s Office for the District of Massachusetts filed a civil forfeiture action against a manuscript signed by Conquistador Hernando Cortés in 1527, believed to have been unlawfully removed from the Archivo General de la Nación de México – Mexico’s national archives located in Mexico City – sometime before 1993. It is a violation of federal law to transport or receive stolen goods valued at more than $5,000 that have traveled in foreign or interstate commerce.

The manuscript is a payment order signed by Cortés on April 27, 1527 authorizing the purchase of rose sugar for the pharmacy in exchange 12 gold pesos. It is believed to be one of several documents unlawfully removed from a collection of documents concerning a Spanish expedition to Central America in 1527 that is housed in Mexico’s national archives. 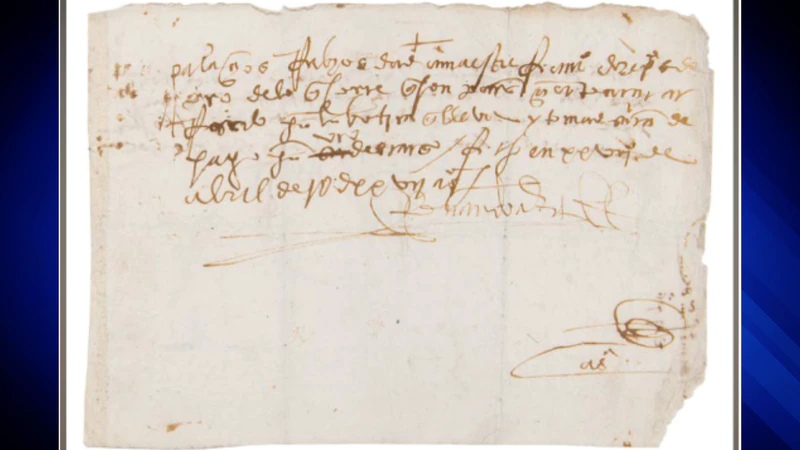 “As a result of exceptional work by the Asset Recovery Unit in our office and our law enforcement partners, this historic artifact has been recovered. Mexico, like the United States, has national archives and the Cortés manuscript is nearly five centuries old. Our goal in filing today’s forfeiture action is to return the manuscript to its rightful owner,” said United States Attorney Rachael S. Rollins.

“Thanks to the hard work of the FBI’s Art Crime Team, with the assistance of the General Archives of Mexico, we were able to track down and authenticate this historic manuscript signed by Conquistador Hernando Cortés in 1527, three decades after it was stolen,” said Joseph R. Bonavolonta, Special Agent in Charge of the Federal Bureau of Investigation Boston Division. “The recovery of this national treasure stolen from Mexico and its people not only preserves an important part of Mexico’s history, but reflects the FBI’s ongoing commitment to pursue justice for victims of crime here and abroad. Our investigation into how this priceless artifact ended up in Massachusetts continues, and we look forward to the day when we can return it to the Government of Mexico.”

In 2021, a number of colonial-era documents believed to have been stolen from Mexico’s national archives and placed for auction in the United States were recovered and repatriated to Mexico, including some signed by Cortés.

Anyone with information on stolen art and cultural property are encouraged to contact the FBI at 1-800-CALL FBI (1-800-225-5324). Tips may also be submitted online at https://tips.fbi.gov/.

The details contained in the civil forfeiture complaint are allegations.” -Massachusetts Department of Justice.