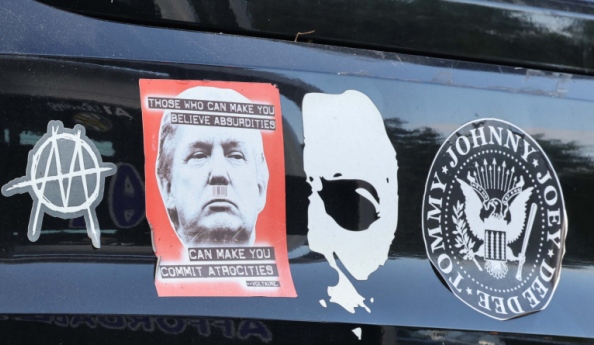 “At approximately 5:10pm on Thursday, June 16, 2022, Easton Police Officers were dispatched to 620 Washington Street (Route 138) for a reported vehicle crash into a building.

Upon arrival, officers discovered that a 2015 Volkswagen Jetta had crashed into the New England for Trump store located at the west end of the building. The vehicle was operated by a 46-year-old male from Raynham, who was transported to Good Samaritan Medical Center with non-life threatening injuries.

“Just before he did that, there was a little boy with his mother shopping right in that spot,” said Keith Lambert, the store’s owner. “The clerk was about to go to the bathroom and he would’ve gotten hit.” 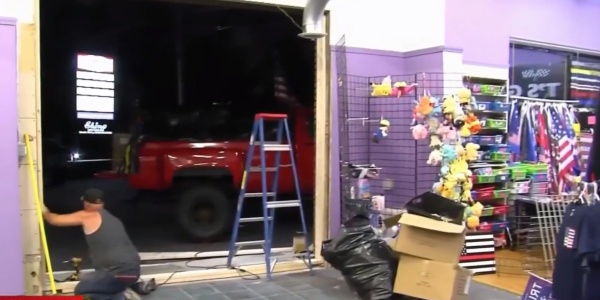 On the back of the Jetta was an anti-Trump bumper sticker which had a Voltaire quote and a barcode on Trump’s upper lip in a reference to Adolph Hitler.