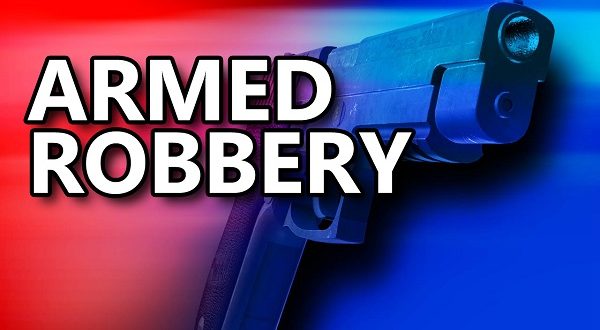 A 33-year-old Chepachet, RI man who robbed a North Attleboro bank while on a first date with a woman he had just met, was sentenced last week to spend three years in state prison followed by another two years in the Bristol County House of Corrections, Bristol County District Attorney Thomas M. Quinn III announced.

Christopher Castillo pleaded guilty in Fall River Superior Court to indictments charging him with armed robbery and three counts of assault and battery on a police officer.

On December 5, 2016, the defendant entered the Bristol County Savings Bank in North Attleboro. The defendant showed the bank teller a gun that was in his jacket and demanded $1,000 while stating that he is really hurting and needs the money. After being given the $1,000, the defendant ran out of the bank and entered into a Nissan Maxima. When police arrived in the area, they observed the Nissan Maxima exiting Mason Field and pulling into a Dunkin Donuts parking lot. When police entered the parking lot, they observed the female driver of the Maxima walking away from the car. The defendant, however, was ducking down in the car. Police pulled Castillo out of the car, at which point he began to violently struggle with the officers. During the struggle, the defendant spit on the police, continued to struggle with them and said, “The gun isn’t even loaded.” After eventually subduing and handcuffing the defendant, police located a .44 caliber gun in the car, along with sunglasses and a hat that matched the items the robber was wearing. Also found in the defendant’s wallet was the $1,000 in cash.

The female driver of the Maxima gave a statement to police that she had met the defendant through an online dating app and had just met him in person for the first time that day. She picked him up at his parent’s house in Rhode Island and they drove to North Attleboro while he was drinking wine in the passenger seat. Once near the bank, he asked her to stop the car. He then exited the car, left for a few minutes and then came running back, sweating and carrying the hat, sunglasses, a gun, and cash. The defendant told her to “F*cking go.” She panicked and drove off, but when she saw the blue lights of the police cruisers, she immediately pulled into the parking lot and got away from the car. She was not charged in relation to this incident.

The gun turned out to be an antique owned by the defendant’s step-father. An indictment initially charging the defendant with carrying an illegal firearm was dropped as a result.

The case was prosecuted by Assistant District Attorney Daniel Walsh. Judge Raffi Yessayan sentenced the defendant to serve three years in state prison for the armed robbery, to be followed by two years in the house of corrections for the three assault and battery on a police officer indictments.

“I am pleased the defendant was held accountable for this violent robbery and for spitting at the police officers. This type of lawless behavior is simply not acceptable,” District Attorney Quinn said.