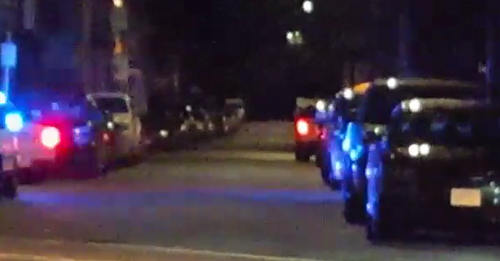 On Saturday morning at approximately 12:10am a fight broke out in the 100 block of Bates St. where a 29 year old New Bedford man suffered lacerations to the left hand and neck. He was treated and released from St. Luke’s Hospital with non life threatening injuries.

It appears the victim and his brother had left a Christmas party somewhere on Acushnet Ave. An argument ensued between the victim and some co-workers that led to the ultimate confrontation on Bates St. The victim obviously knows the co-workers but did not remember their complete names.

It is unknown at this time the reason behind the fight.

The investigation is currently being conducted by Det. William Westgate. Anyone with information is asked to contact him at 508-991-6300 ext. 79516.