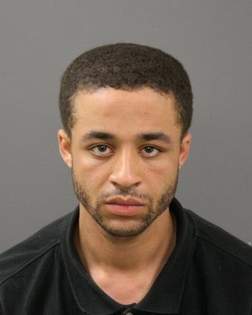 A jury of his peers convicted the defendant of first degree murder Thursday afternoon, after about four hours of deliberating. Superior Court Judge Rene Dupuis delayed sentencing until late this morning, at which time she ordered Mr. Ramos to serve a lifetime prison sentence.

The case was prosecuted by Assistant District Attorneys Katie Rayburn and Daniel Hourihan.

Mr. Ramos, of New Bedford, was accused of stabbing Mr. Silva on July 31, 2014 outside of a liquor store on Rodney French Boulevard in New Bedford. Mr. Silva was able to make his way to the nearby New Bedford South End Police Station. He was then rushed to ST. Luke’s Hospital in New Bedford and was later transferred to Rhode Island Hospital due to the severity of his wound. Mr. Silva died at the hospital on August 2.

This was a truly senseless killing over marijuana. The video surveillance recovered in this case was instrumental in convicting the defendant. he victim was 22 years old with his entire life ahead of him. His family is understandably grief stricken over his senseless death. This grief that the family feels was evident in court today. I hope this conviction brings some solace to the family,” Said District Attorney Quinn. “I applaud Lead Prosecutor, Assistant District Attorney Katie Rayburn and Assistant District Attorney Dan Hourihan for their outstanding effort in this case. I am elated that this defendant was tried and convicted in all only fourteen months after the incident.”