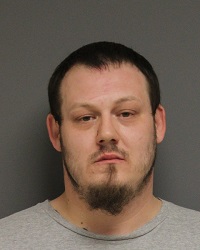 Man Charged with Home Invasion and Assault in Fairhaven

The Fairhaven Police responded to an assault and battery that occurred at a Laurel Street residence just before 9:30 Monday morning. When they arrived, they found a male party that had been struck in the head with brass knuckles by another male, identified as 35 year old Rene Cambra.

Cambra, of New Bedford, reportedly began kicking and pounding on the victim’s door. He then forced his way into the residence and punched the victim in the head with the brass knuckles knocking him to the floor. Cambra then began kicking the victim, and told him if he notified the police, he would kill him. It was also reported that Cambra claimed he had ties to the Sidewinders motorcycle gang.

Police arrested Cambra a short time later and charged him with home invasion, assault and battery by means of a dangerous weapon, two counts of intimidation of a witness and threatening to commit murder. Cambra told police the argument started over stolen Percocet. He was arraigned at Third District Court later that afternoon.