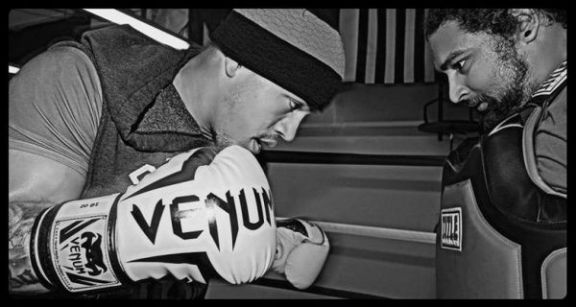 In 2015 Briam “BAM BAM” Granado made his professional boxing debut at Mohegan Sun Casino. His professional career started with Briam feeling that he was a one person team. He struggled with getting to know the boxing industry and finding what was going to work for his career.

After three professional fights Briam realized that there were some changes that needed to be made in order for him to become the champion. First was getting the right people in his corner, realizing the right fighting weight and realizing there was no way he could be a one man team.

Since then Briam had decided to take some time off to focus on his family and personal life. During this time Briam has found the right people for his corner, a great strength and conditioning coach, a great manager and a great promotion company.

He has been training to get back in the ring and on August 6th, 2016 it is going to happen at the Hyannis Youth Center,141 Bassett Lane Hyannis, MA. 2

015 was practice in 2016 and we got it right. This is going to be the beginning of an amazing career for Briam. This fight you don’t want to miss. Tickets are now on sale. You can get tickets at All Out Fitness at 127 Rodney French Blvd New Bedford, MA OR by calling 508-718-7696.