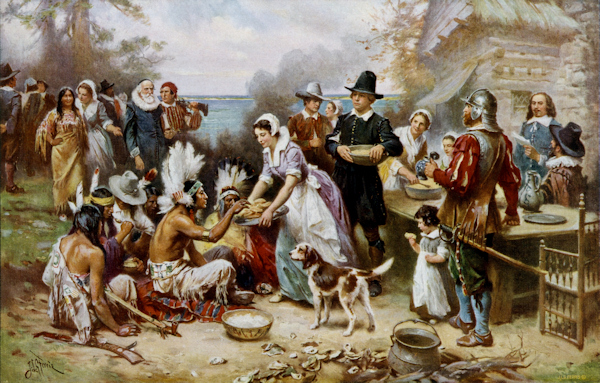 The “bug” of the sea, the favorite of many a “seafoodie” and the crustacean that evokes drooling at its mention, is our friend the lobster. The word lobster comes from the Old English loppestre, which interestingly enough is related to the O.E. word for “spider”, loppe. It is also related to the Latin word locusta, or locust. Its resemblance to these creatures are evident. For those who don’t think its anatomy is strange enough, perhaps you’ll be convinced once you learn about the lobster’s anatomy. The lobster hears with its legs and tastes with its feet. The kidneys are in the head, nervous system in the stomach with its teeth, and its brain is in the throat.

The lobster grows up to 3 feet long and can weigh more than 40 pounds. It has fewer calories than chicken breast ounce for ounce. Lobster was a term of “endearment” by colonists for the British soldiers, long before “Redcoat” was common parlance in the 1880s. The “infamous” rubber band that one sees on the lobster claws did not come about to protect today’s customer, but to protect other lobsters as they have no problem eating one another when hungry.

The lobster, particularly the Maine variety, is popular the world over. Whether sauteed, part of a clambake, or part of Surf ‘n Turf at Mike’s Restaurant, its partner, butter is somewhere in the picture. It is hands down one of the most popular foods in the region, up there with the Clam Boil, Chowdah, and Fish and Chips. Unbeknownst to many, the lobster played an integral role in the development of not only local history and culture, but the nation as a whole. Both the “Old World” and the “New World” benefited in many ways from this tasty critter.

For local Indian tribes, lobster was prepared by covering them in seaweed and baking them over hot rocks. This inspired today’s clambake loved by so many. However, they didn’t solely serve as a food source. They were used as fishing bait and as a fertilizer for crops. The lobster, as well as fish, would be placed in the ground underneath the crop as a source of nourishment. Colonists in the 17th century quickly found out that the lobster was a prodigiously abundant food source for the American Indian, and quickly began to harvest them. Lobster was on the menu, along with swan and seal for the first Thanksgiving. Journals dated as far back as 1605 make mention of how easy to catch and how plentiful they were. Stories abound of the first colonists simply picking lobsters up by hand as they washed ashore “…up to two feet high.”While this may be urban legend, it paints a picture of how copious they were.

Anthony Parkhurst, 16th century explorer that navigated on the east coast of Newfoundland mentioned that he and his men could “…take up in less than half a day, lobsters sufficient to find 300 men for a day’s meat.” American John Rowan in the 1850s stated “I have seen two hundred lobsters taken in one tide by a couple of little boys wading about among the rocks armed with cod-hooks tied to sticks…Lobster shells about a house are looked upon as signs of poverty and degradation.”

Indeed, William Wood, a British historian visiting Canada’s Newfoundland in the early 17th century has been quoted as saying “Their plenty makes them little esteemed and seldom eaten [except by the Indians who] get many of them every day for to baite their hooks withal and to eat when they can get no bass.”

This abundance of the crustacean filled many bellies during these early times, giving a much needed fuel source for people to work, build and develop their hamlets. Certainly there were small communities that survived because of the lobster. It was used to feed prisoners, apprentices, servants, and the poor alike. Because of this lobster was initially associated with being a poor man’s food. At best it was eaten by the blue collar worker, for example peddlers had sold lobster from a wheelbarrow to the many Irish immigrants that came to Maine.

As times improved, and the colonists learned to farm better, raise cattle and harvest other crops, lobster became even less popular and virtually valueless as a commodity. People were saturated with this common staple. Some historical documents mention that servants and workers would have options in their contracts that would insure that they were NOT fed lobster more than two to three times per week or not at all. 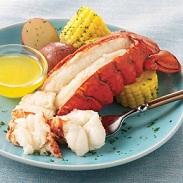 This early history of the lobster has spurred many an urban legend. Supposedly there were colonial, fisherman or prison revolts. It is said that people were so fed up with eating lobster that they were willing to burn, pillage and physically intervene. Petitions with hundreds or thousands of signatures were created. Landlords, bosses, supervisors and masters were taken to court and successfully sued. Even laws were placed on the books for this cruel and unusual punishment of having lobster for breakfast, brunch, lunch, dinner, tea and a snack. Unfortunately, no historical records exist that can corroborate any of these legends. The stories do, however, crop up sometime in the 1950s, perhaps originating in marketing.

So what changed the people’s outlook on the little critter? How do we get from lobster being so common and eaten so much that it was virtually worthless to where we are today where people pay top dollar, crave it in any form, and love it enough that urban legends were created around it?

Lobster as a harvest and valuable commodity had a slight increase in the 1820s as other parts of the nation developed, particularly growing cities Boston and New York. Apparently, no one let these cities know how common the lobster was or that you would have difficulty getting much for a wheelbarrow full of them. With the advent of canning in the 1830s, lobster was able to be shipped to rest of the nation and even Europe. The Burnham & Morrill Company or B&M, who are known today for their canned beans, was one of the first of scores of lobster canning companies to crop up. Canning allowed lobster to stay longer and be shipped further and an industry was born. Eventually canned lobster would collect a greater price than fresh, live lobster.

This lack of knowledge of lobster’s modest and humble beginnings, combined with marketing turned lobster into a rich man’s dinner. In the 1840s restaurants in major cities, were offering lobster as a premium dinner and charging a premium price. A way to flaunt your affluence was to eat several lobsters during a meal. This new attitude toward the crustacean forged a massive industry, and financiers responded by building dozens of canneries and employing thousands of workers. By the 1880s lobster reached a harvest of approximately 130 million pounds per year. At this time lobstermen were being paid 10 cents per pound and the meat was being sold for 12 cents per pound. Imagine that!? The rest, as they say, is history.

When Joe isn't writing, he's coaching people to punch each other in the face. He enjoys ancient cultures, dead and living languages, cooking, benching 999#s, and saving the elderly, babies and puppies from burning buildings. While he enjoys long walks on the beach, he will not be your alarm clock, because he's no ding-a-ling.
Previous 5 Tips for a Better Yoga Experience
Next Ward 5 Operation Clean Sweep (May 19th)