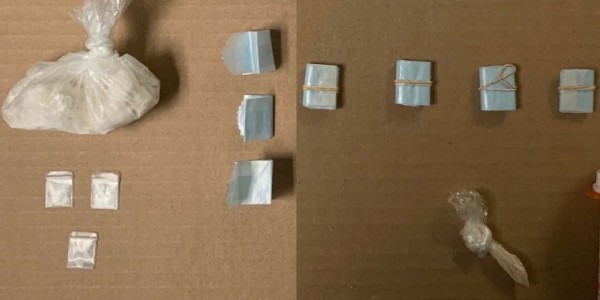 Lawrence Man Arrested for Trafficking Cocaine on the Massachusetts Turnpike

On Monday evening, at approximately 11:32 p.m., Trooper John Mindek who is assigned to the State Police – Charlton Barracks, was traveling on Interstate 90 in the town of Charlton, when he stopped a 2009 Subaru Forester after a registration query revealed the registration to be revoked for insurance cancellation.

After a brief investigation, a passenger, ISRAEL JIMENEZ, 46, of Lawrence was found to be in possession of approximately 31 grams of cocaine, 10 grams of heroin, and 1 gram of suspected fentanyl.

JIMENEZ was placed under arrest and transported to the State Police – Charlton Barracks for booking.

JIMENEZ is charged with trafficking cocaine and possession of a class A drug. JIMENEZ was held on $10,040 bail, pending his arraignment in Dudley District Court.

The driver was issued a criminal summons for motor vehicle violations.