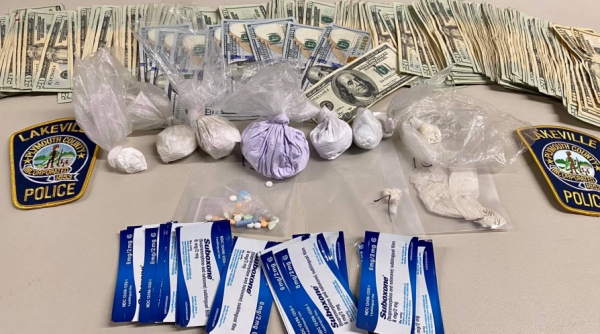 “On April 1, 2021, after a narcotics investigation, Lakeville Police Officers executed a search warrant at 5 Commercial Drive, 4-305.

As a result, officers seized $7,400 in cash, various prescription medication, and a large quantity of suspected Fentanyl and Heroin. Joshua Lerner, 28, was arrested at the scene and charged with the following:

Lerner was arraigned in Wareham District Court on Friday, April 2nd. The investigation was conducted by Officer Fazzino, who was assisted by Officer Schiffer and other members of the LPD.” -Lakeville Police Department .