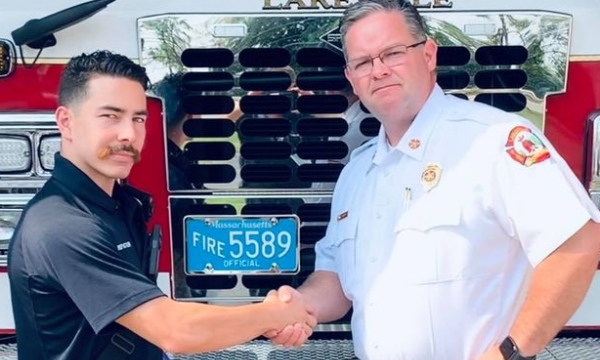 “The Lakeville Fire Department would like to congratulate Lt. Tyler Knight and FF Jason Kirby. These firefighters were recently awarded department commendations for actions taken to save a woman who was being attacked by a large dog.

The two Lakeville Firefighters were nearby at the time of the attack and jumped into action. The victim’s injuries were significant but would have been much worse had the firefighters not taken action.

Chief O’Brien wrote in the commendation, “these actions exposed the firefighters to risks not typically associated with being a firefighter and their actions should be considered exceptional”. -Lakeville Fire Department. 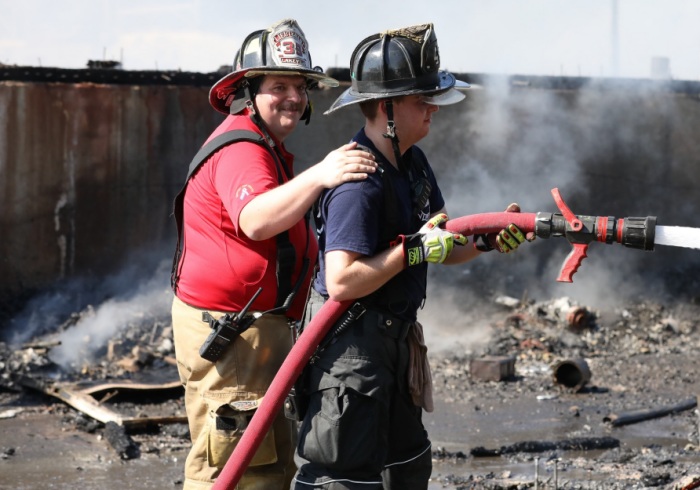