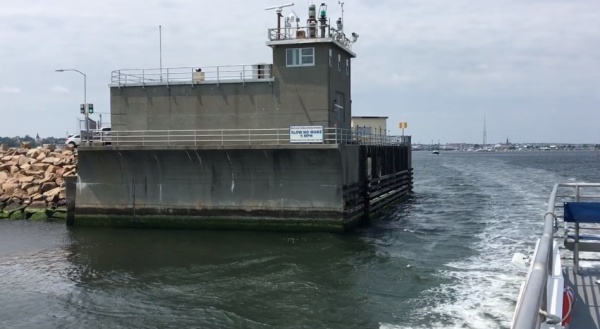 At around 7:00am Saturday morning the 272-foot research vessel Kommandor Susan had a minor collision with the New Bedford/Fairhaven Hurricane Barrier. Many residents from both Fairhaven and New Bedford reported hearing the horn blasts and the Fairhaven Police received numerous phone calls.

The captain of the research vessel reported the collision to the U.S. Coast Guard and turned the ship around to return to the harbor where the extent of the damage could be inspected. Initial visual inspections show the damage to be minor and superficial in nature and the damage to the vessel and damage to the hurricane barrier itself was limited to the Fairhaven side’s bumper boards on the gates.

The barrier has had some minor scrapes throughout its history and this particular incident is actually not the first one since it was built in 1966. In 2013, a 154-foot barge carrying gravel struck the barrier causing significant damage to the timber fender protection system.

Before that, in 1977 another large ship collided with the barrier causing considerable damage to the concrete control abutment.

According to the marinetraffic.com website the R/V Kommandor Susan “…is a Research/Survey Vessel that was built in 1999 and is sailing under the flag of United Kingdom.” 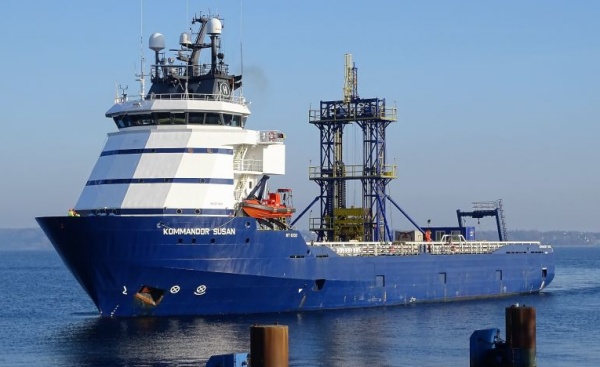 Previous City of New Bedford roadwork sites for the upcoming week of May 25, 2020 –May 29, 2020
Next Rockdale Avenue property in New Bedford to become a Taco Bell