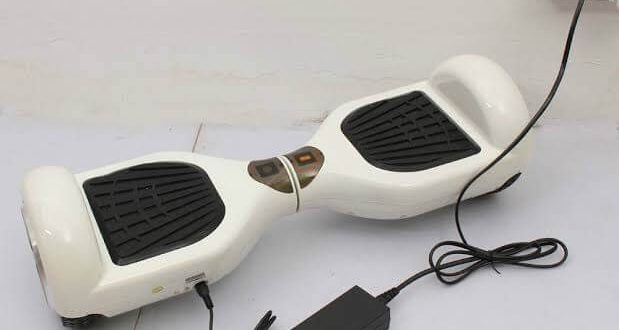 Kingston Fire Chief Mark R. Douglass and State Fire Marshal Peter J. Ostroskey said the cause of Saturday’s fire at 131 Country Club Way in Kingston was a hoverboard. Residents reported the fire at about 7:30 p.m. and were able to put it out using a fire extinguisher. There were no injuries and damages are estimated at $10,000.

Investigators determined that a hoverboard charging on the third floor of the single family home ignited the fire. A newly purchased charging cord was being used for the first time. The battery pack exploded, causing the fire.

The fire was jointly investigated by the Kingston Fire and Police Departments and State Police assigned to the Office of the State Fire Marshal.

This is the second fire in about a month from a hoverboard while charging in Massachusetts. In April, there was a similar incident in Andover.

Hoverboard fires were a national problem in 2016 after many were received as holiday gifts in 2015. They are powered by lithium-ion batteries and must now be compliant with national safety standards.

Chief Douglass said, “Use only chargers supplied with the hoverboard or by the manufacturer. Only charge a hoverboard when you are there to watch it and do not charge unattended, especially overnight. Overcharging can cause a fire.”

State Fire Marshal Ostroskey said, “It is important to purchase a hoverboard that has been approved by an independent testing laboratory such as Underwriters Laboratory. When purchasing online, be on the lookout for fraudulent claims.” For more information on hoverboard safety or how to check if the UL listing is legitimate, go to the U.S. Consumer Product Safety Commission’s webpage.