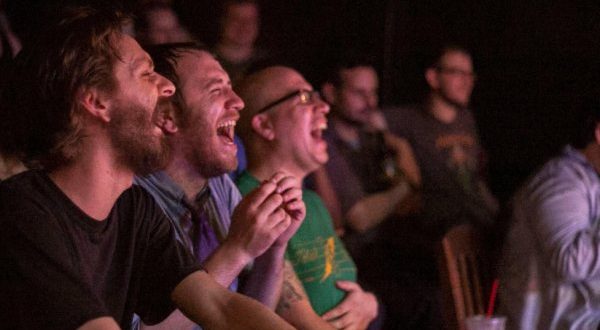 Like to laugh so hard that you can’t breathe and have tears running down your face? Well, here’s your chance to have a blast while doing exactly that. On Friday, May 17 from 8:00pm-11:00pm Kilburn Mill at Clarks Cove (127 W Rodney French Blvd.) will be hosting a special comedy night featuring the world-class talent of Anthony Brooks, Sarah Martin and Brian Beaudoin.

About Anthony Brooks
Hailing from Coventry Rhode Island, Anthony performs stand-up comedy all over New England, using his real-life experiences as a stutterer. Anthony also runs Anthony’s Comedy Showcase, which allows him to produce and host his own comedy shows. Anthony has also been a successful professional DJ for the last 15 years and always leaves people laughing. Facebook Page: facebook.com/djanthonystjames

About Sarah Martin
Sarah gives her sardonic perspective on life with extra sass. Using her vitality and dry wit she has been building a name for herself in the comedy world by being real, and a riot. She aspires to be the next character on ‘Orange is the New Black,’ so if anyone has any contacts let her know! She has been on Sirius XM’s Raw Dog Radio, featured on Twitch. Facebook Page: facebook.com/djanthonystjamesSarah MartinTV

About Brian Beaudoin
Coming from small Rhode Island, Brian Beaudoin is probably the only comedian who is bigger than his State. Brian is an aggressively lovable hippie, who performs his act fueled by his intense ADHD, so nobody, ( including himself) never really knows what he’s going to say next. Brian’s unique ability to work with a crowd leaves every in earshot for a one of a kind night they’ll never forget. In any event, this guy has got talent and is building an impressive following and resume to match.

Ready for a night of fun and laughs? Grab your tickets here! 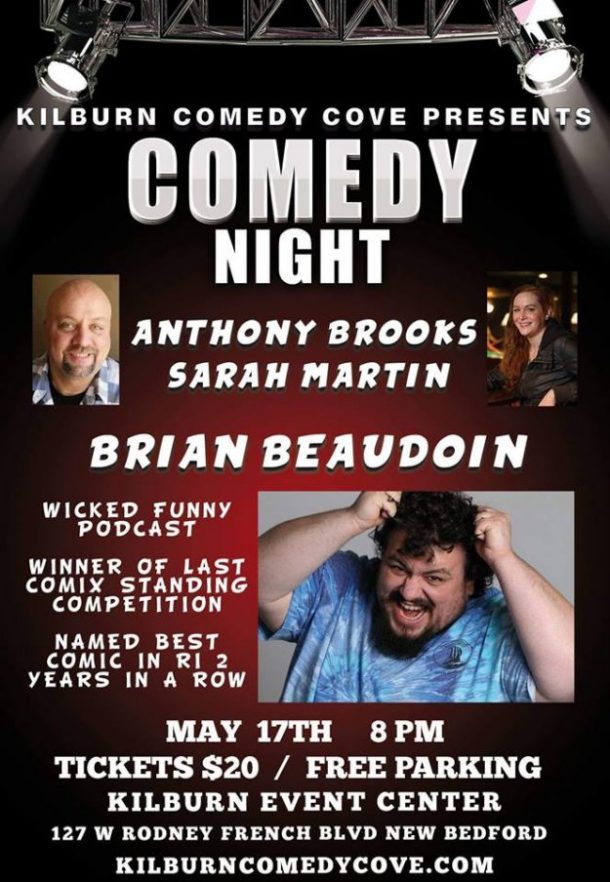 Previous HELP WANTED: City of New Bedford is seeking to fill a Computer Operations Support Specialist position
Next Water Wizz Half Priced Ticket Event announced for the week of May 13th