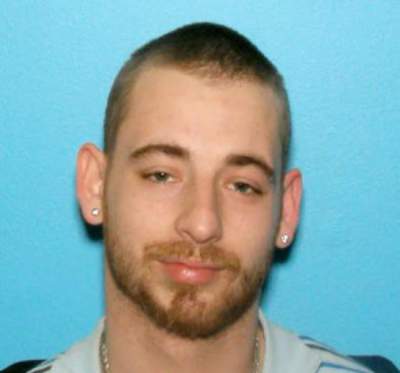 A Belchertown man on the Massachusetts State Police “most wanted” list for an alleged November assault that left a 9-month-old girl with broken ribs was taken into custody Wednesday morning. Police found him hiding under a sink in a North Main Street apartment.

Keith Truehart, 30, was arrested at 5 a.m. by members of the State Police Violent Fugitive Apprehension Section and Belchertown police officers, according to a statement issued by state police. Officers found Truehart in a “makeshift hideout” built from wood and sheetrock, police said.

Truehart was wanted on warrants issued in connection with the alleged beating of his girlfriend’s daughter, reported on Nov. 15, 2014.

Mary Carey, spokeswoman for the Northwestern district attorney’s office, said that at his arraignment Wednesday in Eastern Hampshire District Court Truehart was ordered held without bail pending a June 16 dangerousness hearing. He is charged with two counts of assault and battery on a child causing substantial injury and one count of witness intimidation.

Each of the assault charges carries a maximum penalty of 15 years in state prison, Carey said.

The witness intimidation charge was filed because Truehart allegedly misled police about the origin of the child’s injuries, Carey said.

“The defendant was not immediately arrested because the police were still investigating the matter,” Carey said in a statement. “It is alleged by the Commonwealth that after a criminal complaint was issued against the defendant, he fled.”

According to previous statements issued by state police, the investigation into the alleged beating began when Belchertown police responded to a call about a baby who was injured in a fall. Investigators later determined that Truehart had been alone with the child at the time, according to police.

Police said first responders observed injuries that were inconsistent with a fall, including bruising on the girl’s forehead and around her eyes. Paramedics treated the girl at the scene, and hospital staff later found the girl had two rib fractures that were “in the healing stages.”

“They further determined that the current injuries suffered were not accidental but were inflicted upon the child,” police said.

“Police recently developed information suggesting that Truehart had returned to his girlfriend’s apartment,” state police said Wednesday. “He was located there this morning.”