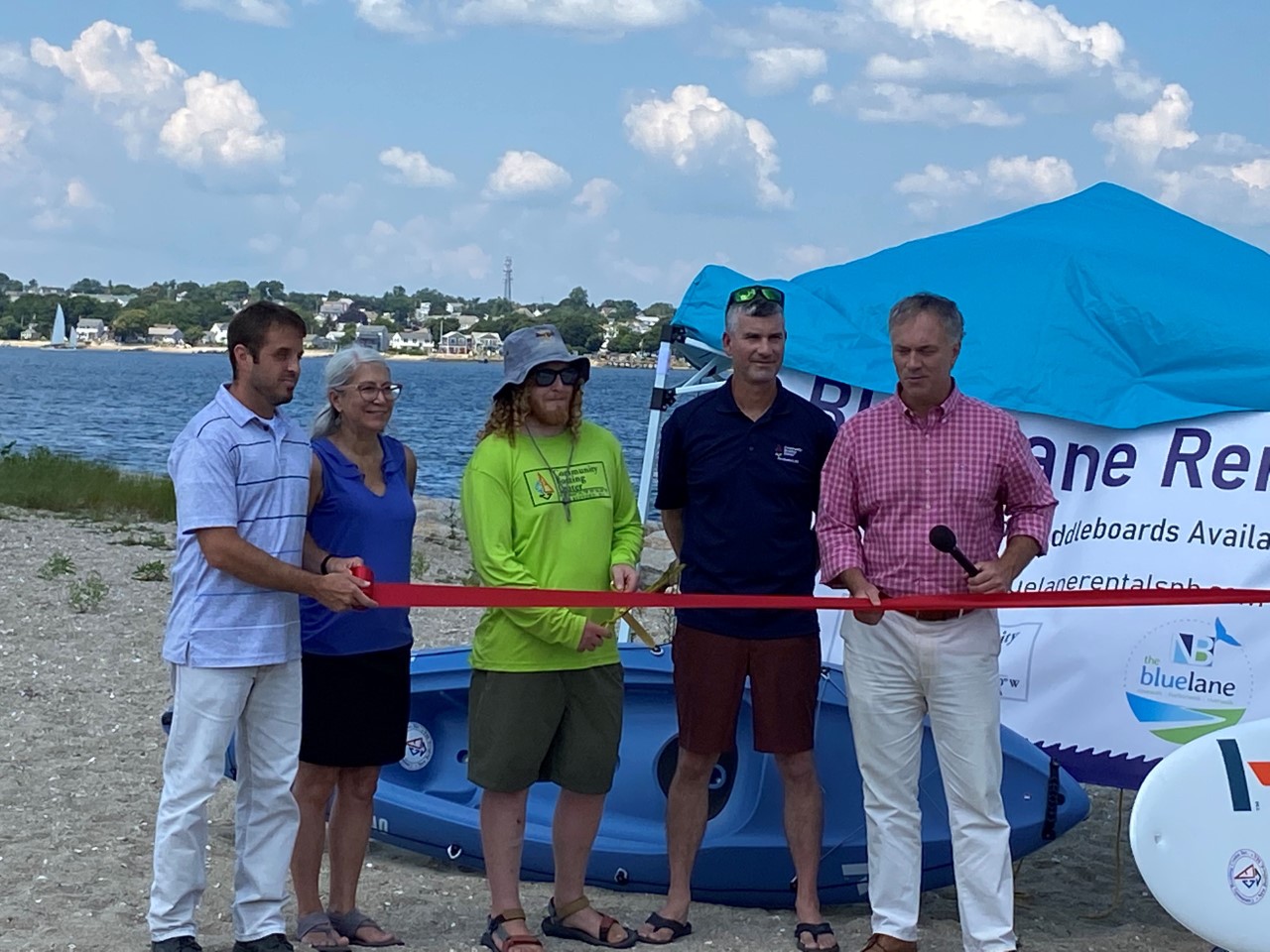 The City’s Department of Parks, Recreation and Beaches has been working for several years to bring new recreational amenities to New Bedford’s two public beaches. The result of those efforts was on display on the waters of Clark’s Cove as kayakers and standup paddleboarders showcased the equipment available at a new rental facility, “Blue Lane Rentals,” operating out of the restored West Beach Boathouse on West Rodney French Boulevard.

The West Beach Boathouse had been out of use for several decades until the City’s Department of Facilities and Fleet Management undertook a rehab of the building and created space for recreational equipment rentals. The Community Boating Center of New Bedford, having already operated sailing and education programs based for two decades at both City-owned Fort Taber and their Clark’s Cove facility, was selected to run the kayak and paddleboard rental program.

The program is designed to ensure all residents have access to the new resource, with affordable rental rates, lessons, and an emphasis on safety. Hours of operation are Thursday through Sunday, 11am-5pm. Equipment reservations can be made online at: bluelanerentalsnb.com

Mayor Jon Mitchell praised those involved, “New Bedford’s coastline and its two public beaches are recreational assets that make us unique as a city. But making the most of these natural gifts takes people who are committed to caring for them and creating fresh opportunities for our residents to enjoy them. I applaud the work of all those involved on the city team and the great partners we have at the Community Boating Center.”

Andy Herlihy of the Community Boating Center echoed the Mayor’s comments, “In our sailing and education programs we see every day the positive benefits that come when people interact with the marine environment in fun and challenging ways, so we simply could not pass up this chance to collaborate with City to expand public access to a tremendous natural resource.”

Mary Rapoza, Director of the Department of Parks, Recreation, and Beaches, added “There is already a long list of great reasons to visit New Bedford’s beaches, and we just added another one. We encourage everyone to come and take advantage of this exciting new opportunity for fun on the water.”