Home / Latest / I’ve got good news. I just saved 50% or more on my Santa’s list by switching the discussion to politics, religion and gender 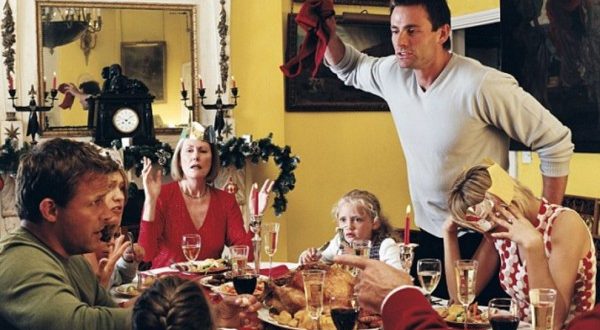 I’ve got good news. I just saved 50% or more on my Santa’s list by switching the discussion to politics, religion and gender

Ah, that time of year where one has to become Santa Clause and create a list of who is naughty and who is nice. Nice means “You get a card and/or a gift. I shall spend money on you.” and if you are deemed naughty you get – to quote the great sage, Willy Wonka “Nothing!”

There’s always a tough balance when it comes to creating Santa’s list. “How much money do I have?”, “Who is at the top of the list and gets the most expensive or best quality gifts?”, “How much is coal? I need to get a bunch of it.” or “Can I pretend I forgot to get a gift when it comes to ‘so-and-so’?” 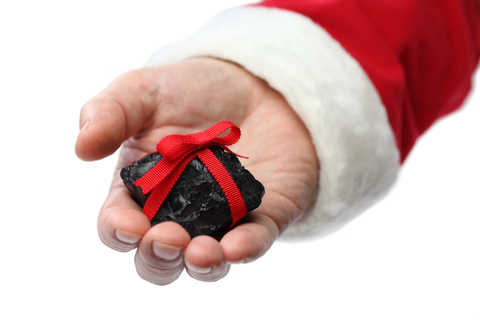 Maybe, just maybe there is that “special” someone that you will actually spend a significant amount of money beyond the price of coal to get them a gift that sends them the message that you aren’t exactly happy with them. Perhaps, a little voodoo doll pierced with hundreds of pins – I wonder how much that costs?

In this day and age, we should seriously price out a variety of safe spaces and cry closets. I know, I’m not alone when it comes to knowing a few people that would benefit having one of those at home.

Do they make ones that fold into a small compact form that you can put in a backpack or purse? A travel version? If not, someone should invent and market one and become a millionaire. You can buy one for yourself and then during conversations, you are in or overhear you can say to the triggered person “Hi, I can help.” And then you can whip out the cry-closet and “poof” it’s instant healing and you’ve done a service for the community.

Since this overvaluing of boo-boos on feelings and political correctness is characteristic of the Zeitgeist. You can simply just be sitting there sipping your coffee and someone will take offense. I’m not joking – the color of your skin, your sports cap, even your hair may be offensive or considered some silly cultural appropriation. There are simply people angry that you’re even breathing because of what your existence represents and that’s not satire, that’s real life.

It can’t be avoided, just accept it.

Going a step further we should make the best of it. Turn lemons into lemonade, they say. Stop looking at the glass as half-empty and start looking at it as half-full, you pessimist. 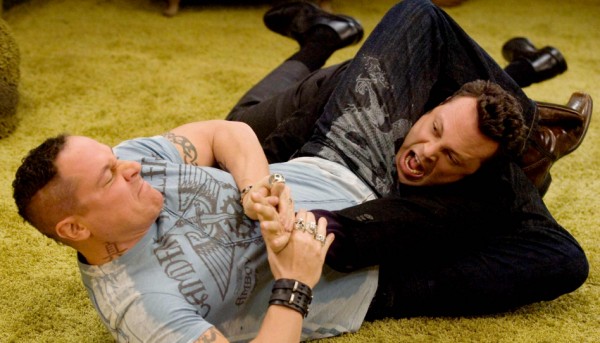 You better vote Whig next time, you Nazi! Now, let’s go get some cranberry sauce.

What does that mean in a practical sense? Well, in the weeks leading up to Christmas, Hannukah, Kwanzaa, Yuletide, or Pancha Ganapati you can start voicing your actual, genuine opinions on current affairs, your president, patriotism, god being a female or one of the other 72 genders or not existing at all. Then magically your list will be halved and your savings doubled.

Best of all, you will not have to come up with excuses for a low quality or cheap gift, or forgetting someone. With the extra money, you can get people on the “nice” list higher quality presents too. Things get better too: those people will also likely not turn up on Christmas dinner. That means you have a lower chance of having an argument or debate that ruins dinner.

By weeding out people who are always on the search for ways to be offended or triggered ahead of time, Christmas Day doesn’t have to be “Christmad Day”, it can be bliss. In other words, you can have that special day free of aggravation and drama by sharing your opinion with certain people ahead of time.

• The cat lady with blue hair and dark-rimmed glasses, that will point out your grammar mistakes in between her complaints about black people BBQing, the flocks of 9-year olds who keep sexually assaulting her, and the ever-growing population of pesky kids selling bottled water without a permit.
• People who identify with a fantasy gender beyond the two real ones, including that cosmic gender that combines all 73 genders in one body. Aum.
• The liberal who equates switching a profile image, making a post on social media, or expresses their hurt feelings and outrage with actually doing something about racism, inequality, or the environment. Often, expressed simultaneously with their hatred for their own white skin and in between shopping sprees while commuting with their BMW, Lexus, Mercedes or massive, gas guzzling SUV which is almost always empty.
• Asking for something free because you are a non-profit hair salon or cupcake bakery, in spite of your 6-figure salary.
• Conservatives who cherry-pick scripture to justify their own immorality in speech and deeds, especially when it comes to the imagining what people are doing in their bedrooms – something they will never see. Often he or she will then lecture you about the hateful use of “X” in the words Xian, Xianity, and XDom in spite of your factual references to it being started by early Xians.
• Angry atheists that fly into a seething, spitting, vitriolic rage after someone sneezes to intercept anyone what was even remotely thinking of saying “God bless you!” Because they are a better person, of course. After the squashes those blessings of oppression, he will then put the term “Zombie Jeebus” into every other sentence while giggling.
• Pro-Marxist university students and professors who when asked how things are going at school spend the next 48 minutes enlightening you about Noam Chomsky’s poisonous, unpatriotic ideologies. America is a military-industrial complex whose pursuit of a worldwide domination through its desire to be the only hegemony on the planet needs to be opposed. Often, this meanders through various conspiracies, the Bilderbergers, and Illuminati but will always come back to Chomsky who is the truth, the way, the life.
• Toxic feminists who will tell you how ashamed you should be for daring to have been born with testicles – symbols of oppression, the patriarchy and toxic masculinity. By having them you can’t stop raping women in your mind whenever they are around. If you don’t have yourself castrated, you are toxic. Because the best way to defeat #ToxicMasculinity is with #ToxicFemininity.
• Those who want you to have a Ghettotastic holiday by being incapable of discussing anything without referencing memes and when not referencing memes it just means they want to lecture you on 911 and moon hoax conspiracies, “evidence” for a flat-earth, the shadow government behind the puppets. The only reason you won’t break out in laughter is because you aren’t that adept in understanding the Wal-Mart dialect.
• “Coexist”ers who will demand you be tolerant even if it means a Muslim wearing a bomb vest and a backpack with a pressure-cooker bomb of projectiles sits in the table next to you and starts rocking back and forth while repeatedly saying “Allahu Akbar.” If you won’t coexist, they will beat it into you in the form of a Coexistence knuckle-sandwich to the face.
• The arrogant know-it-all pseudo-intellectual that explains away everything you say by pointing out the specific logical fallacy you are using while always missing his or her own use of logical fallacies. He thinks he is intelligent because he reads a lot, but in actuality isn’t that smart, just articulate which aren’t the same thing. “That’s an Ad Hominem attack, you jerk.” He only graces you with discussion because it’s a chance to “learn you” about how wicked smaht he is. 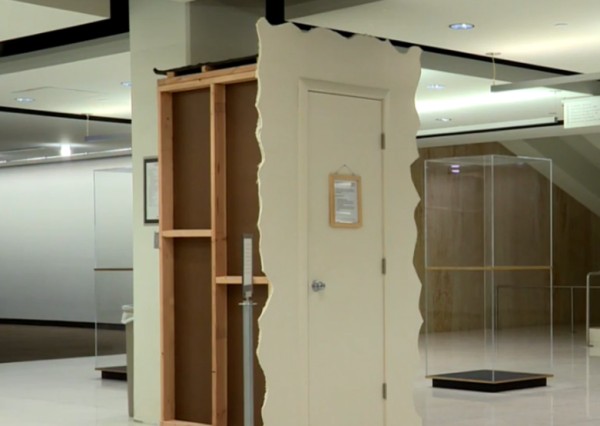 The list could go on a lot longer and mention the arrogant, know-it-all Agnostic too intellectually lazy to have a stance, the harmless, Archie Bunker grandpa spewing ignorant stereotypes all day, or the zealous patriot who explains everything he doesn’t understand with a “‘Murica! F*** yeah!” et al, but there isn’t enough bandwidth or time. If there was anyone missed, you can net them with a Crowder-style sign at a pre-Christmas day dinner that states “My opinion is as important as yours. Change my mind.” and voila.

Oh, crap. I just realized that if we eliminate all of those people there will literally be no one left and we’d be completely alone eating “Christmad” ham and washing it down with tears.

Or…we could just let people have their differences in opinions and voice them without being mean, insulting or demeaning. Is that possible or has ‘Murica reached a tipping point of no return? Are we so divided that we can’t have a discussion without someone being offended and causing an argument? We then have to hide our opinions or bite our tongue to keep the peace because there is always someone in a perpetual search to find something so they can be offended.

Can we have a dinner where people of every race, religion and creed…and opinion…can sit in one place and get along. Share our different opinions even if they are hateful and ignorant? Because the truth is that everyone….everyone is intolerant and ignorant about something or someone. It’s hypocritical to point out the faults in others when we have the same faults and if the whole world was full of people who were more concerned about their own faults before pointing out those faults in others, we’d have a gran ‘ol time of existence. 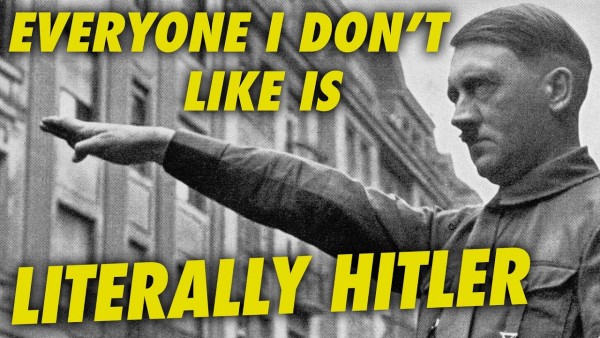 Whenever someone has an ignorant, intolerant, even hateful opinion there is a learning opportunity. If you ban, boycott, or demand that they go away you help promote their ignorant idea – you are an accomplice to that poisonous idea by allowing it to perpetuate. And that is simply ineffective and impractical in terms of winning someone over to a more tolerant, compassionate thought process. Someone with an intolerant or hateful viewpoint only evolves past that viewpoint by shining a light of understanding on it and he won’t have that chance if he is excommunicated from society…or the Christmas dinner table.

Sorry to say, but there is nothing original about demeaning, insulting or ridiculing someone because they have a different opinion, religion or political party than you. You are flat-out unoriginal and there is nothing special about you. You’ve been programmed and you don’t have to accept that programming. There is something special and original about a person who hears an opposing opinion and then shares their own opinion helping each other understand.

We can learn from one another when we stop being such hypersensitive, always offended Nancies and have some perspective. You’re at least alive and living a good enough life to be offended in the first place. That’s some good old-fashioned irony. Suffice it to say, that flipping out because someone voted differently from you isn’t the same as the 1,000 kids that died from starvation somewhere in the world in the time it took you to read this.

Get a grip folks.

America has always been a melting pot of peoples, religions, cultures, ideas, and creeds and it is where its strength comes from. When we no longer have that we will be weaker for it. At the “end of the day” we are all Americans first and then Democrats or Republicans, theist or atheist.

We libtards, conservatards, angry atheists, Femnazis, cat ladies, and literal Hitlers should just enjoy at least one day a year where we can enjoy the beauty and grandeur of our differences. It should be like that every damn day of the year, but making an effort on at least one very important day is a great start.

I hate everyone one of you fellow Americans equally, anyway. 😉