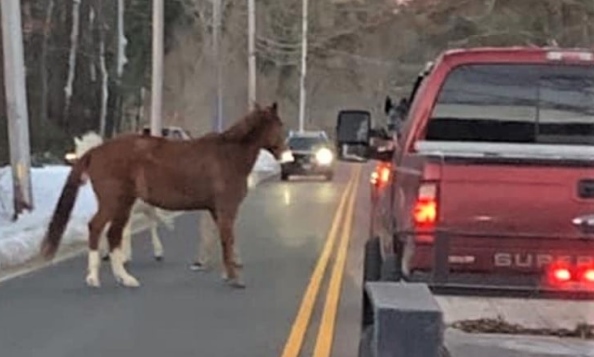 On the morning of December 23 Trooper Michael Gagnon was commuting home when he came to a roadway intersection in Plympton. He quickly observed two escaped horses trotting down the street holding up traffic behind them.

Trooper Gagnon immediately activated his blue lights and positioned his cruiser behind the horses creating a safe barrier between them and moving traffic.

He then contacted the Plympton Police Department, who dispatched a cruiser to assist. While waiting for assistance Trooper Gagnon met a passerby informing him she was the neighbor of the owner of the escaped horses.

After finding out where the owner resided Trooper Gagnon teamed up with Plympton PD to corral the horses with their cruisers. They then led them toward the direction of the residence where the owner met them a short time later to express their gratitude. 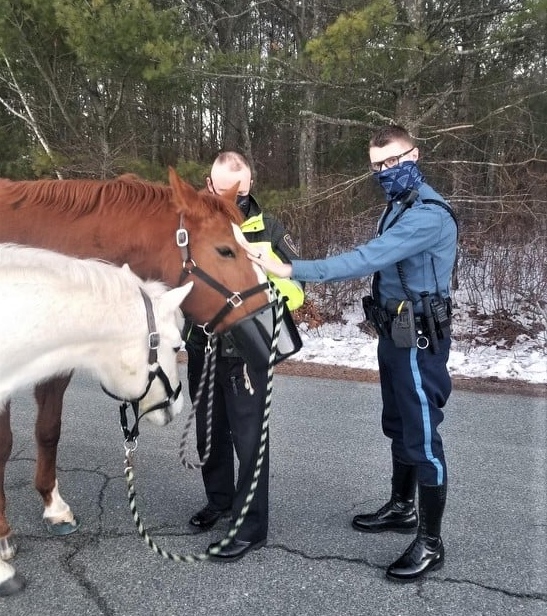