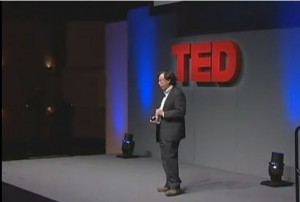 The first lecture in a series about the role of the creative economy in urban renewal of postindustrial “Gateway” cities will feature John Gallagher, world renowned through his TED talk on American post-industrial cities. Mr. Gallagher is also veteran journalist and author whose latest book, ‘Reimagining Detroit: Opportunities for Redefining an American City,’ was named by the Huffington Post as among the best social and political books of 2010. Gallagher’s lecture will highlight ways in which American post-industrial cities can become smaller better cities in the twenty first century, and propose productive uses for vacant spaces in these cities.

This talk is the first in a series of six titled “Urban Renewal and Creative Economy in Massachusetts Gateway Cities and Beyond” that explores the role of the creative sector, architectural preservation and urban design in revitalizing postindustrial cities. The lecture will take place on Thursday November 8th at the New Bedford Whaling Museum (18 Johnny Cake Hill) from 6:30pm to 8:00pm.

The lecture series is made possible through the 2012 University of Massachusetts President’s Creative Economy Initiatives Fund, granted to UMass Dartmouth College of Visual and Performing Arts faculty members Thomas Stubblefield and Pamela Karimi. The talks will include topics such as: exploring the re-use of abandoned buildings and land, motivating the private sector into energy retrofits and smart growth with small-scale, ‘tactical’ strategies and re-inventing the urban landscape. The speakers come from educational institutions such as Tufts University, Harvard University and Dartmouth College as well as experts in the fields of urban planning and architecture. The free monthly talks will continue throughout May 2013 at various downtown New Bedford and UMass Dartmouth locations.

Professors Stubblefield and Karimi view the project as way to engage the local population of artists, architects and students in a direct dialogue with the broader community on ways to improve their urban environments, what is often now referred to as “creative placemaking”.  Augmented by the forthcoming exhibition, “Exploring Urban Identities in De-industrialized Cities,” opening January 10, 2013 at the New Bedford Art Museum and student mentoring activities, the project’s main goal is community building.  The project will blend the work of the UMass Dartmouth faculty and students with the endeavors of local institutions and professional individuals as well as the general public.