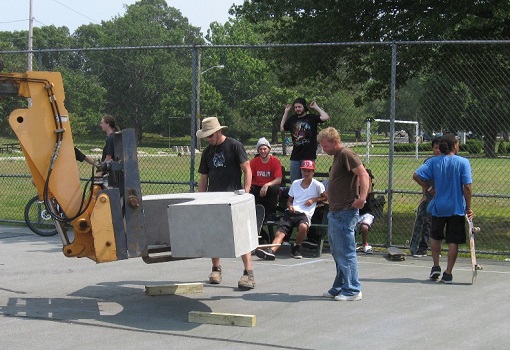 New Bedford Parks Recreation & Beaches and the Department of Public Infrastructure have announced that over the next two weeks, the City will continue work on a series of improvements to Brooklawn Park, one of the largest recreational spaces in the city.  The work will complete Phase I of the project which began last year and included a new parking lot, new plantings, and the removal of the upper parking lot to make way for additional green space.

The Phase I work at Brooklawn Park is designed address concerns raised by the community at public hearings held at the Brooklawn Park Community Center.   To ensure the safety of children at the playground and spray pad, the Department of Public Infrastructure (DPI) will remove the road that runs from the front of the playground southerly to the road that accesses the pony league field.  This area will be seeded for lawn.

In other work at Brooklawn Park, DPI will re-grade and seed the existing soccer field.  This work is part of an ongoing maintenance plan to keep the City’s soccer fields in good shape.  Each season, one field will be removed from play for rehabilitation.  The Camara Field and Morton Avenue Field have each been reseeded and improved in the past two seasons and are back in the schedule.