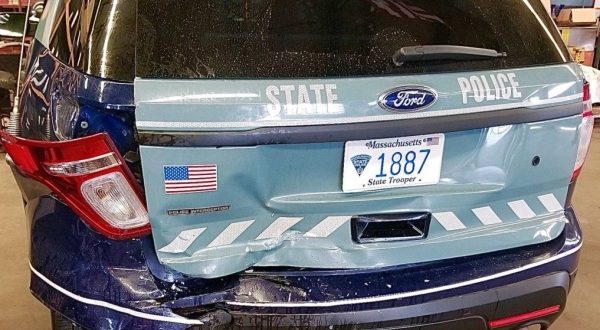 Shortly before midnight last night an impaired driver struck a Massachusetts State Police cruiser from behind while the Trooper was conducting a traffic stop on Summer Street in Fitchburg.

Neither the Trooper, who was outside the cruiser, nor the driver who struck the cruiser, CRAIG JATRINSKI, 48, of Fitchburg, were injured in the crash. 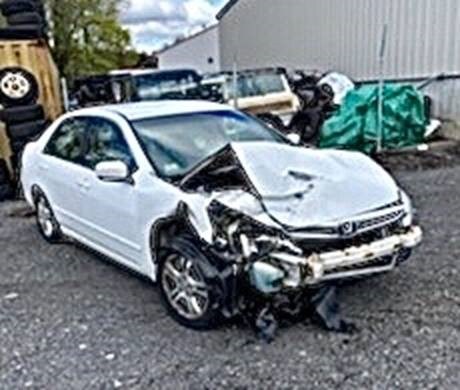 The Trooper, along with other Troopers who responded to the scene, made observations of JATRINSKI’s appearance and slurred speech, and detected an odor of alcohol coming from him. Troopers administered field sobriety tests and a portable breathalyzer test.

As a result of their observations and the field tests, Troopers placed JATRINSKI under arrest and transported hi to the State Police-Leominster Barracks, where Troopers determined he had been charged with three prior OUI offenses that resulted in either convictions or continuances without findings, warranting his being charged in the current incident with Operating Under the Influence of Liquor-4th Offense. Troopers also determined that JATRINSKI’s driver’s license was currently suspended as a result of one of the prior OUI charges. He was additionally charged with the following offenses:

– Operating Under the Influence While Suspended for OUI;
– Negligent Operation of a Motor Vehicle;
– Driving an Unregistered Motor Vehicle; and
– Failure to Move Over for an Emergency Vehicle.

While at the Barracks, JATRINSKI refused to submit to a breath-alcohol test, resulting in an automatic license suspension (As noted above, JATRINSKI’s license status was already suspended).

Investigation indicates that the Trooper who was struck, and who was operating a fully marked cruiser, had stopped a motor vehicle in the area of 245 Summer St. in Fitchburg. The cruiser’s emergency blue lights were activated. During the stop, the Trooper was standing next to the vehicle he had stopped when a 2007 white Honda Accord sedan struck the rear of the cruiser, a Ford Interceptor utility vehicle. JATRINSKI exited the Accord and the Trooper checked him for injuries and determined he was not injured.

At the Barracks, a bail clerk set bail at $5,000 plus the standard $40 bail fee, and JATRINKSI was held pending arraignment through Fitchburg District Court.