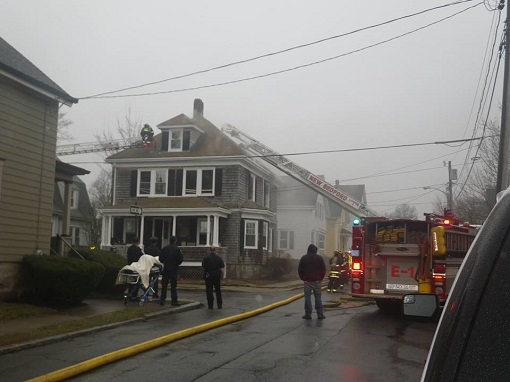 The State Medical Examiner’s Office has confirmed the identity of the deceased male discovered in a house fire in New Bedford Tuesday morning. Through fingerprint identification, the deceased has been identified as Justin Downey, 29, of 55 Rounds Street.

New Bedford Police received a 911 call Tuesday morning around 8:30 to report a fire at a home at 55 Rounds Street. Police, fire and rescue personnel rushed to the scene of the blaze. Fire officials were able to contain the fire to the second floor of the home. After extinguishing the fire, officials discovered a deceased male victim inside a second floor bedroom of the home.

The State Medical Examiner’s Office is currently performing an autopsy to determine the official cause and manner of death. The investigation is active and ongoing. No further information will be disseminated at this time.