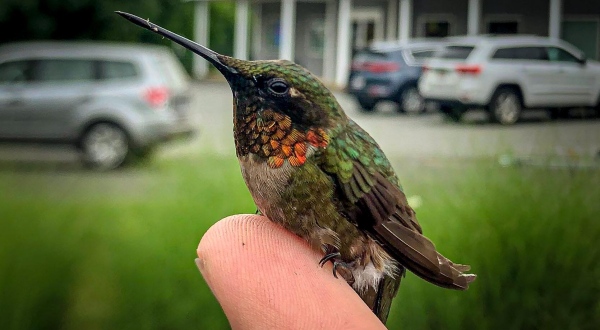 "Had a hummingbird stop by for a visit this morning in Westport." Kevin Rodrigues.

Did you know that hummingbirds are native to the Americas and that there are a staggering 360 species as of 2020?

These tiny avians are found in tropical climates and even in colder areas like Alaska. They come in an amazing array of varieties and colors with the tiniest, the Bee Hummingbird coming in at a wee 2 inches and weighing .07 ounces. For comparison that is the weight of 2 paper clips or dollar bills, or a teaspoon of sugar. The largest ones are about 9 inches tall and weigh between a half-pound to slightly more than 3/4 of a pound.

Branching off from their distant cousins, the swift, about 42 million years ago, the beloved hummingbirds are famous for not only their size but how adorable they are. 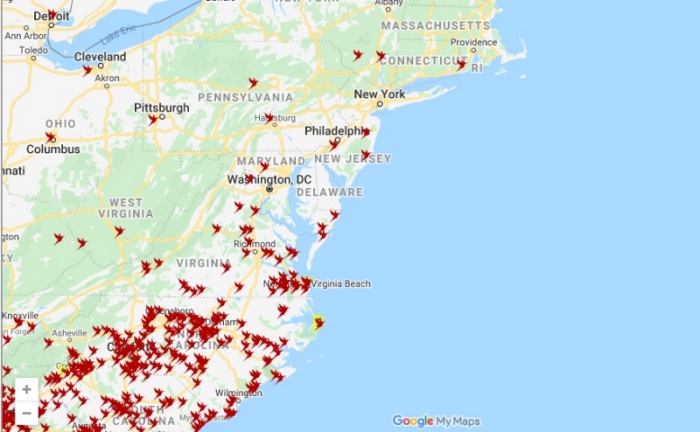 With wings that flap between an unbelievable 12 and 80 times a second and the ability to hover or even pull off aerial stunts, many people consider their visit a portent or omen of good luck and everyone feels fortunate to be able to even snap a photo.

Equally amazing factoids? They can attain top speeds in excess of 34 mph, have the highest mass-specific metabolic rate of any homeothermic animal (maintain a stable internal body temperature regardless of outside influence), and when needed can enter a sort of hibernation called torpor whereby they slow their body temperature and metabolic rate. On average hummingbirds live between 3-5 years, but some as short as one year. Courtship consists of the men do fancy dive bombs which apparently are a show of prowess that females find irresistible.

All these things considered, it’s no wonder that so many of us residing in Massachusetts absolutely love hummingbirds and look forward to their annual migration, returning from their winter “vacation” in Mexico, the Caribbean Islands, or Central America. While their diet generally consists of devouring pests like aphids, fruit flies, gnats, and mosquitos, their love for the sweetest nectar nature produces means that anyone who puts out a bird feeder with sugar water will increase their chances of a sighting or visit.

The time of year when hummingbirds migrate to Massachusetts has arrived. They are on their way! As of April 7th, 2021, swarms have been spotted in New Jersey, and some have been sighted in Connecticut and Rhode Island. You can keep track of where they are here.