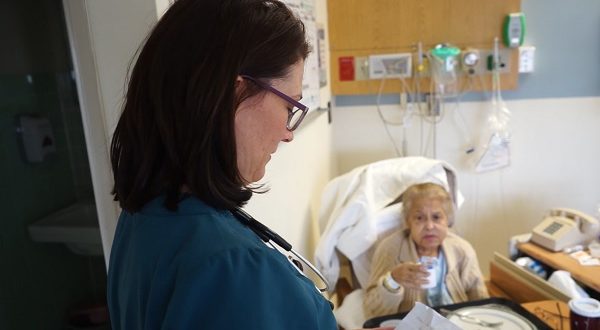 Thousands of state health care workers will be getting a raise after the union representing licensed nurses and caregivers working in Massachusetts state hospitals and group homes struck a deal Sunday night with the state to increase pay by as much as $10 an hour for the duration of the COVID-19 health emergency.

The hazard pay for health care workers will kick in immediately, according to the union, and will last at least through May 30, and possibly longer.

About 6,500 front-line health workers whose jobs put them at an increased risk of contracting the coronavirus stand to benefit.

“We’re pleased to deliver this hard-earned pay increase for our members,” American Federation of State, County and Municipal Employees Council 93 Executive Director Mark Bernard said. “The agreement we signed with the state calls these increases ‘pay incentives,’ but we view them primarily as well-deserved recognition for the courage and dedication AFSCME human services professionals are exhibiting on the job every single day and night.”

The agreement calls for workers holding a license related to their occupation, such as a licensed practical nurse, to receive a $10 increase in their hourly wage, while all other workers will receive a $5 per hour pay bump, union officials told the News Service.

The raises will remain in effect until the Executive Office of Health and Human Services determines that the threat from the COVID-19 pandemic has “abated,” according to the union, but that shall not be before May 30.

The state also agreed to pay a one-time $500 bonus to eligible workers who have not missed a shift or a regular work day since Gov. Charlie Baker declared a state of emergency related to COV ID-19 on March 10.

The hazard pay benefits are expected to flow to those working in state general health and mental health hospitals, developmental disability group homes and facilities, and to those working with youth in the custody of the Department of Youth Services, among others.

Massachusetts is not the first state to agree to hazard pay for public employees on the front-lines of fighting the pandemic, or whose jobs put them at a greater risk of becoming infected with the disease.

Earlier this month, AFSCME Council 93 struck a deal with Maine Gov. Janet Mills for some its health care and corrections workers to receive raises between $3 to $5 an hour, depending on their responsibilities.

Bernard said the agreement reached Sunday night with the Baker administration was a “good start,” but said it wouldn’t stop him from continuing to push for the temporary pay increases to be extended to more workers, and to have them paid retroactively to the start of the state of emergency in early March.