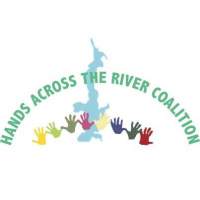 Hands Across the River Coalition Annual Meeting This Month

Local environmental advocacy group Hands Across the River Coalition, Inc. meets monthly. The next meeting which takes place Wednesday, April 29, 2015 from 6:00-7:45 p.m. at the Millicent Library, Fairhaven, MA will be the Annual Meeting. The meeting will consist of election for offices, an overview of the year and a discussion about upcoming plans for the Coalition. Attendees are advised to use the Walnut Street entrance on the lower level.

Hands Across the River Coalition. advocates for the safe cleanup of New Bedford Harbor and other contaminated sites in the Greater New Bedford area. The group provides information about the detrimental health effects caused to our community from toxic chemicals i.e. PCBs, DIOXIN, mercury, lead and others. HARC was officially formed in 1982. The actual group began years before in anticipation of the Acushnet River environmental contamination cleanup that needed to be done for the protection of human health.

HARC’s primary goal is to ensure the health-conscious clean up of the Acushnet River which runs through New Bedford Harbor into Buzzards Bay, to monitor and advocate for the total preservation of said body of water and shoreline, educate the community about the health effects of toxic chemicals in our environment, to obtain environmental justice for generations now and in the future and to ensure a quality environment, forever, through its efforts.

The Acushnet River was known to be the #1 most PCB contaminated river in the world.Concerns about fish consumption with PCB contaminated fish prompted the EPA to designate this site as the “New Bedford Harbor Superfund Site”. It is the largest Superfund site in all of New England.

Through years of hard work from HARC’s 600 members and community groups against the EPA, who initially planned to incinerate the PCBs near the shoreline in New Bedford, the court finally stopped the EPA’s incineration plan. After that, a full scale, hydraulic dredging in the upper harbor of the Acushnet River, began in September of 2004 with PCB sediments brought to an off-site TSCA approved landfill in Michigan.

Now, the EPA, although continuing with offsite disposal of PCB sediments from the upper harbor, is also planning to bury 300,000 cubic yards of PCBs in the lower harbor near a residential area and high school in Fairhaven, MA . This is the first time in the country that the EPA plans to bury deadly PCB sediments dangerously close to residents. This is our challenge today.

Hands Across the River Coalition, Inc. appeals to everyone to join them in working to protect our air, soil and water, and especially, the public’s health by removing PCBs safely to an offsite TSCA, (Toxic Substances Control Act), approved landfill.