Home / Education / Meet Haleigh, an 11-year old who has Phelan-McDermid Syndrome; she has been kept out of the New Bedford School system since June 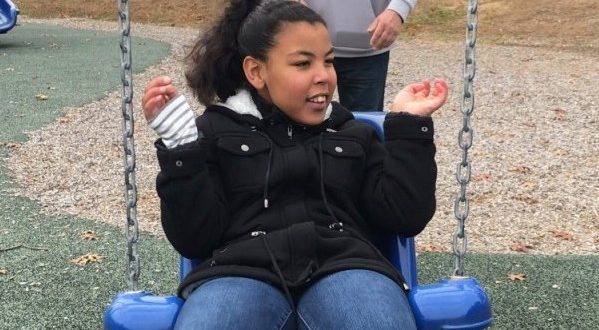 Meet Haleigh, an 11-year old who has Phelan-McDermid Syndrome; she has been kept out of the New Bedford School system since June

“Hi, my name is Reagan Demers and my family and I are having a big problem with the special education department in New Bedford Public Schools regarding my 11-year-old daughter Haleigh Jefferson.

They have held back opportunities for my daughter and have lied about what is going on regarding her out of district placement. My daughter has been out of school since June. I have talked to the special ed department and the superintendent’s office and have gotten nowhere besides being told we need to be patient. We need help.

My 11-year-old daughter Haleigh has a rare syndrome called Phelan-McDermid Syndrome it falls under the autism spectrum. She is nonverbal and has many developmental delays. She has been in the New Bedford School Department since age three when she started preschool. 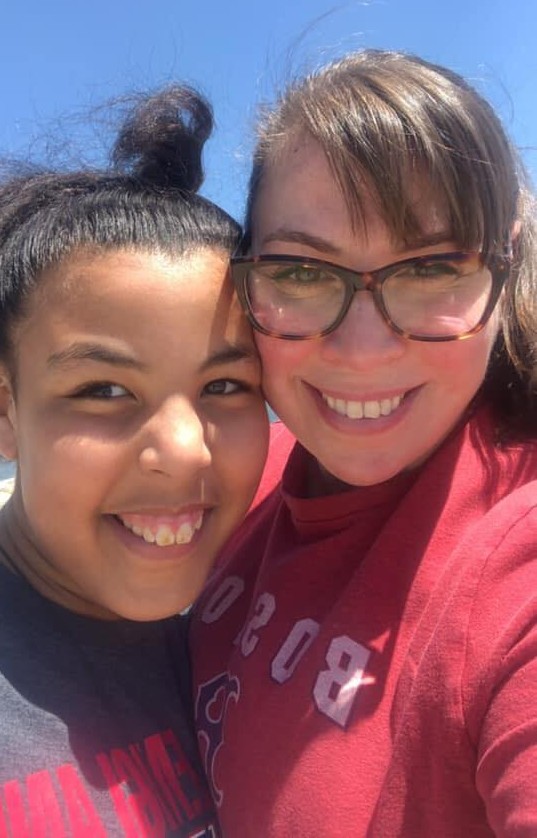 For the last three years, she has attended Hayden McFadden elementary school. Heading into middle school this year I felt that the New Bedford Public Schools could not provide her with the services she needed to reach her full potential and I called for a meeting with at the time director special ed Kim Bettencourt.

Previously I had gone to visit Meeting Street School in Rhode Island and thought it would be perfect for Haleigh. Everything would be specialized just for her individual needs. I and one of my advocates met with Kim Bettencourt and Sandra Ford the new director of the special ed department on August 1st of this year. They also agreed that Haleigh needed out of district placement. They proposed the SMEC program that would be at Hastings Middle School in Fairhaven. I told them that I had looked at Meeting Street and really thought that it would be the right place for her but agreed to take a look at SMEC.

A week or so later I went to Hastings Middle school to look at the classroom and there were no students so I didn’t think that was appropriate for my daughter. When I called Gail Daniels the out of district coordinator and told her that it wasn’t the right fit for my daughter she told me that’s what they were proposing and that Meeting street was off the table for Haleigh with no reason why [that was the case] and not giving us any other options beside SMEC. 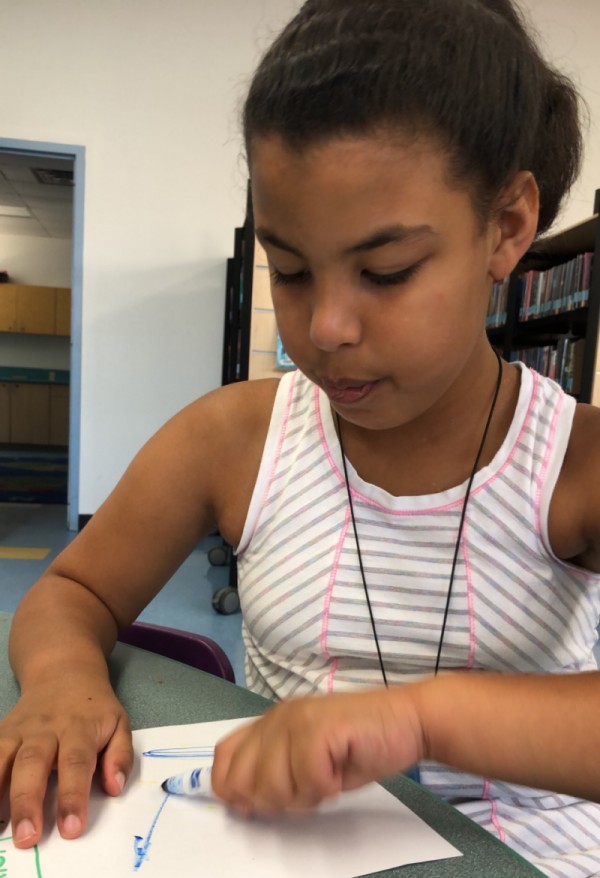 So I scheduled a mediation two months later on October 2nd of this year. At that meeting they offered my daughter two more placement options that were not offered at the initial meeting August first. Why were these other options kept from us for two months???

They told me that “It wasn’t their fault they were just doing what they were told to do” by the director at the time Kim Bettencourt. Again I told them I thought Meeting Street in Rhode Island would be the right place for her and also had a letter from her doctor since she’s been recommending Meeting Street for Haleigh since she was born.

They told me once again that Meeting street was off the table. I was very upset that other options had been held from us for two wasted months that my daughter could have been in school, but I still was open to looking at these other two programs.

Within three weeks I went for a tour of both schools and did agree on one knowing that at this time they were not going to let her go to Meeting Street even with a recommended letter from her doctor At the time of the tour we were told that they did not have enough staff and had to hire a paraprofessional for Haleigh because she has a one on one in her IEP. They said to give them 2 weeks and it’s been over a month.

After the first two weeks went by I called Gail Daniels and she assured me that “ they were doing interviews as we speak” I was hopeful my daughter would be in school soon. I called the collaborative the week after and was told interviews had not started yet. I was lied to about what was really happening. And in the meantime, my daughter has been out of school receiving no services except for the two days a week I bring her to the Schwartz Center in Dartmouth for Physical Therapy and speech therapy. 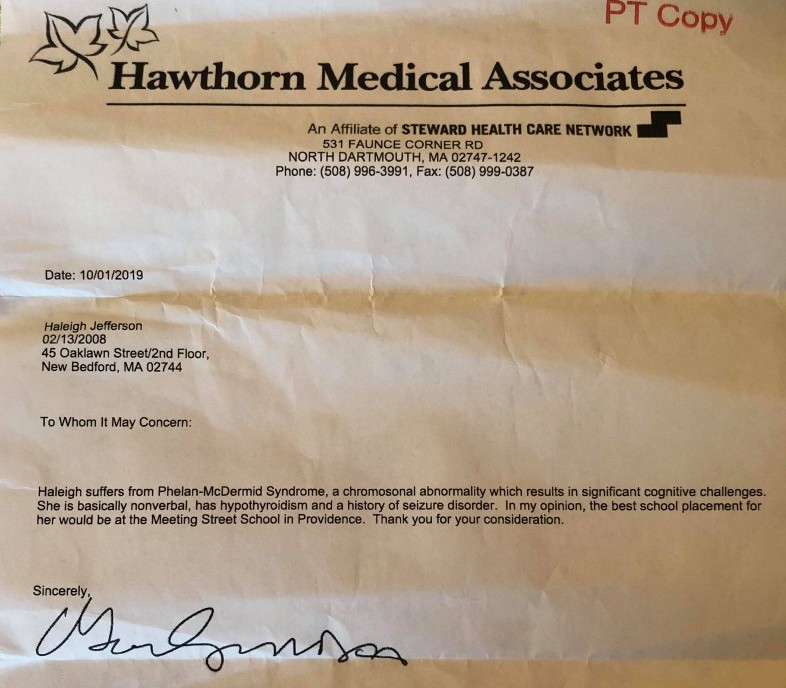 Since being lied to I have contacted the superintendent’s office that offered nothing but to tell me I need to be patient. No home services have been offered to my daughter in the meantime. The only thing they say is you could be sending her to Normandin Middle School – the school we all agreed was not appropriate for her.

So here we are November 16th and my daughter is still not in school and they refuse to send her to a place where her doctor and myself – the people that know her best – think she will reach her fullest potential at, Meeting Street. A place that is fully staffed and can provide my daughter with every service she needs and more.

In the meantime, Haleigh is not getting the services and education she needs. After 5 months of being home, she’s bored frustrated and regressing. Our family is not the only family going through a situation like this through New Bedford Public Schools. I feel bad for the people with special needs children that don’t know their rights or the resources that are out there.

Hopefully, this can make people aware of what some of us families are going through just to get our children what they need. And hopefully, I can get my daughter to the school where she can reach her fullest potential. In the meantime, she and her well-beingare suffering.” -Reagan Demers.