Home / Coronavirus / Governor Baker: People Who Have Had COVID-19 Should Get Vaccinated 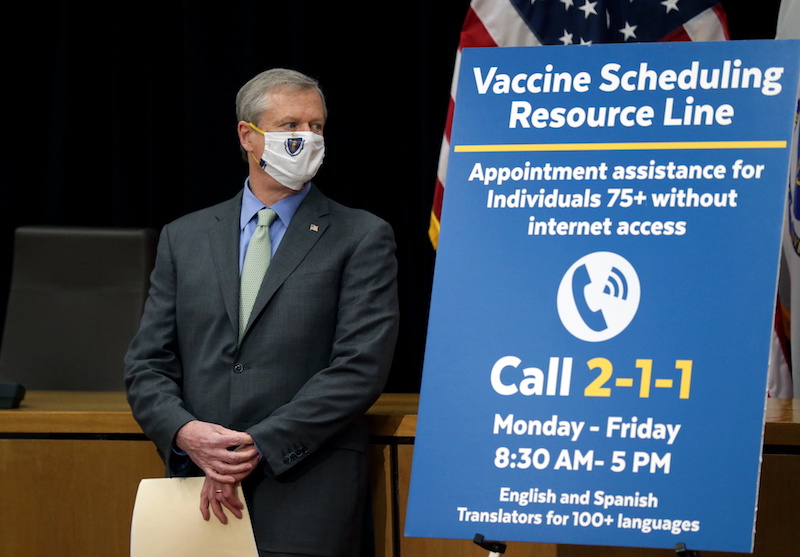 Governor Baker: People Who Have Had COVID-19 Should Get Vaccinated

With the state’s COVID-19 vaccine rollout still early in its second phase, Gov. Charlie Baker on Thursday urged residents to seek the immunization when it is their turn even if they previously contracted the virus.

Baker, who faced sharp criticism Thursday from Cape Cod officials frustrated by vaccine distribution, touted the vaccine’s protection against new strains of the virus that have been spreading in the United States in recent weeks.

Many health care providers, including those in communities of color that have been hardest hit, have recounted conversations with patients who believe that they are immune after recovering from COVID-19, Baker said.

“This is just not true,” Baker told reporters after touring the East Boston Neighborhood Health Center. “You really should get vaccinated because, as COVID morphs into different variants, all those variants so far, based on the testing that’s been done on the vaccines indicates, are effective. That’s not necessarily going to be true if you just had COVID yourself.”

His recommendation aligns with the U.S. Centers for Disease Control and Prevention’s outlook. Although the federal health agency notes that reinfection appears uncommon in the first 90 days after contracting COVID-19, it emphasizes that experts do not yet have a consensus on how long that protection lasts.

Immunity developed from an infection can vary person-to-person, the CDC says on its vaccine FAQ website, and “some early evidence suggests natural immunity may not last very long.”

Baker’s advice could apply to a massive chunk of the state’s population. Through Wednesday afternoon, the Department of Public Health tallied 521,045 confirmed cases of COVID-19 since the first infection was identified in Massachusetts more than a year ago, plus another 27,901 probable cases.

There are likely many others who contracted the virus but were never tested to confirm it.

Massachusetts remains in the opening step of its second vaccine rollout phase, which means many of those who have recovered from COVID-19 are likely still not eligible to receive vaccines.

While touring the East Boston Neighborhood Health Center, Baker praised community health centers for the “crucial role” they have played in caring for vulnerable populations. Those centers have received more than 75,000 vaccine doses so far.

The governor also urged providers to stick to an appointment system for administering doses as much as possible, cautioning that opening up availability to patients who did not book slots creates confusion.

On Wednesday, hundreds of people waited at the state-run mass vaccination site in Danvers, with multiple news reports indicating that some were told there were extra doses available without an appointment required.

The confusion in Danvers underscored the at-times common uncertainty about vaccine availability, particularly amid a rollout that is taking place in the winter when snowstorms can cancel appointments.

Residents should do everything they can to make it to their vaccine appointments or cancel if they are unable to keep an appointment, Baker said, while providers should be “judicious” about how much supply they should prepare over the course of the day, Baker said.

Massachusetts has been “lucky” so far that only about 0.13 percent of the vaccine doses it has received — likely less than 2,000 total doses — have spoiled without being used, Baker said.

“In my view, any dose you lose is a problem, but that’s a pretty small number in the grand scheme of things,” Baker said.

A day after launching a new policy allowing companions of adults 75 and older to receive doses if they accompany seniors to a mass vaccination site, Baker urged older adults not to give out personal information.

Anyone who is solicited by a stranger with an offer of transportation to an appointment should report it to the authorities, Baker said.

“We have heard some pretty disturbing reports of some people trying to take advantage of this program already, with some people posting online to try to get a senior to bring them to a vaccination site, or in some cases, asking to be paid to drive someone to one,” he said. “If you’re 75 years or older and you need assistance going through the vaccination process, you should only reach out to somebody who you know or trust to bring you as your companion, whether that’s a child, a companion, a spouse, a neighbor or a caregiver.”

The state has administered 987,000 vaccine doses and is “on track” to exceed 1 million by the end of the day, he said, adding that his administration “surpassed the goal we set for ourselves at the beginning of Phase 2 to be able to administer 242,000 doses per week.”

Hours earlier, though, a Democratic state senator representing the Cape and Islands lambasted the administration, arguing that the rollout has not come close to meeting its goals for an equitable distribution.

Sen. Julian Cyr of Truro said he is “frustrated, disappointed and, quite frankly, pretty enraged” by Baker’s approach and the impacts on the Cape. During a weekly Cape Cod COVID-19 Response Task Force, Cyr said that pleas from the region’s delegation for a mass vaccination site or additional doses have gone unanswered.

“Cape Codders are being left out of this vaccination,” Cyr said. “I don’t know why, and I don’t know what else to do other than air these frustrations because our pleas for help are not being answered.”

As a percent of population, Barnstable County has a significantly older population than the rest of the state. About 12.7 percent of the county’s residents are 75 or older, compared to 7.1 percent in Massachusetts as a whole, according to figures presented by Cyr, who called Barnstable the third-oldest county in the country.

Baker on Wednesday announced the state would stand up additional mass vaccination sites in Natick, and one in Dartmouth, which is just over an hour’s drive from Hyannis. He has hinted that there could be more to come, but it remains unclear if anything closer to Barnstable County will emerge than Gillette Stadium, which is more than an hour’s drive away from most towns on the Cape.

“To me, that indicates that where the vaccines are being made available is actually not accessible to the people who need them,” Cyr said.

The senator also criticized other steps the administration has taken as “exacerbating the problem,” pointing in particular to the 211 call center Baker launched last week to help seniors who struggle to book appointments online.

While the phone line is a “step in the right direction,” Cyr said, he argued that the administration needs to implement additional training.

“I have reams of emails from constituents of mine who have called this number, and it is very clear that people answering the line do not know that Sandwich is not near Springfield, and that Dennis is not up the street from Danvers,” Cyr said. 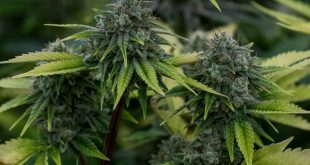 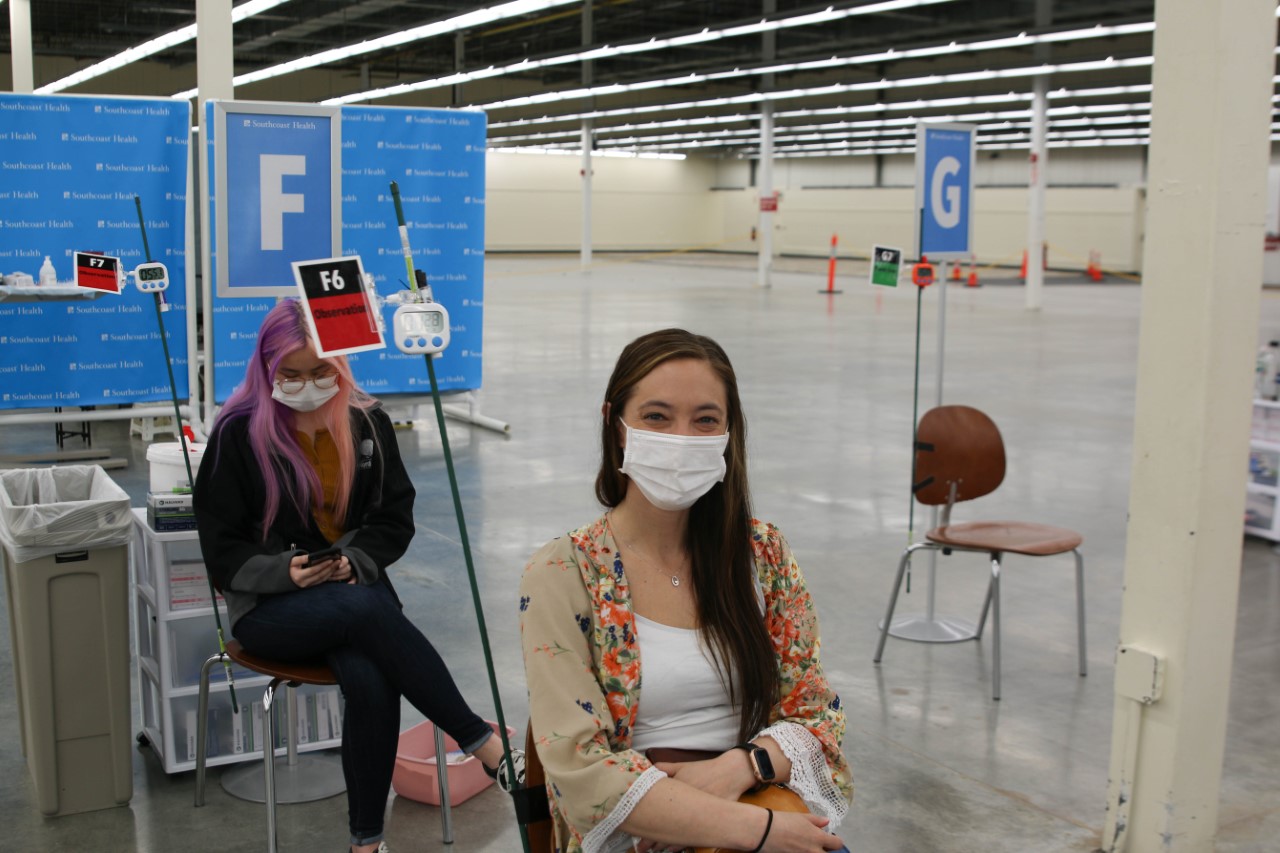