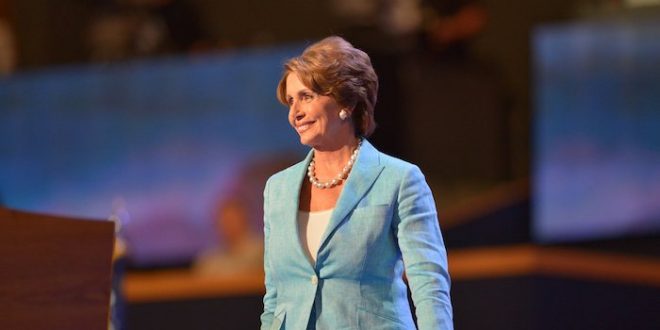 Stretching across more than 1,800 pages, the legislation that emerged from the Ways and Means Committee would direct massive amounts of federal dollars toward hospitals, education, tracing the spread of infections, unemployment programs, election funding, direct aid to individuals and families, and more.

The colossal bill, which would serve as the “Phase Four” of federal relief, would surpass the $2.2 trillion CARES Act as the largest stimulus package in U.S. history if it passed in its entirety. That outcome appears unlikely at this time with Republican Senate leaders and the White House seemingly not on board, although officials from both parties will face continued pressure from dislocated constituents this election year.

Among the largest proposed allocations would be $500 billion to help state governments grapple with the financial impacts of the pandemic. Local governments would also receive $375 billion for the same reason, with another $20 billion going to tribal governments and $20 billion more for territories.

The legislation, which authors dubbed the HEROES Act, would create a $190 billion fund to provide premium pay for essential employees on the front lines of fighting the COVID-19 outbreak, according to the 71-page bill summary.

Qualifying workers whose employers apply for federal grants would receive $13 per hour on top of their regular wages, up to $10,000 for the period between Jan. 27 and 60 days after the state of emergency ends.

House Democrats also called for sending another round of direct payments to Americans following the first set authorized in the CARES Act. Each eligible family member would receive a $1,200 payment, capped at $6,000 per household, under the updated plan, and eligibility would expand to include college students and non-child dependents.

Expanded unemployment benefits, including an additional $600 per week per recipient and access to aid for previously ineligible individuals such as gig workers, would last through January 2021 under the bill.

Transit agencies, which received a $25 billion boost from the CARES Act, that need assistance to maintain service would get another $15.75 billion in grants, while the United States Post Office would see a $25 billion infusion.

States and municipalities, many of which are required to file balanced budgets even as they face historic tax revenue shortfalls stemming from the public health emergency, have been pushing for significant federal aid.

The outbreak of the highly infectious virus has already killed more than 80,000 Americans, and the widespread shutdowns aimed at limiting an even higher death toll have created widespread economic strain.

In April, the U.S. unemployment rate jumped to 14.7 percent in the largest one-month increase on record.

“People across our nation are hurting, and Congress must take extraordinary, immediate action to provide them with relief,” House Ways and Means Committee Chairman Richard Neal said in a press release alongside the bill. “Families are feeling the pain of a terrible one-two punch — a national public health emergency coupled with a historic economic downturn. The gravity of our new reality demands substantial solutions, and that’s what Ways and Means Democrats offer in this latest response package.”

Neal plans to promote the bill at an 11 a.m. press conference outside U.S. District Court in Springfield on Wednesday.

House Speaker Nancy Pelosi reportedly intends to bring the more than 1,800-page bill to the House floor for a vote on Friday.

However, while the legislation signals what Democrats hope to see in the next round of relief, Republican leaders foreshadowed they do not share the same priorities at this time.

Senate Majority Leader Mitch McConnell previously called for a pause before embarking on any additional action, and on Monday, he said he would coordinate with the Trump administration about what comes next, according to multiple media reports.

“I don’t think we have yet felt the urgency of acting immediately,” McConnell said. “That time could develop, but I don’t think it has yet.”