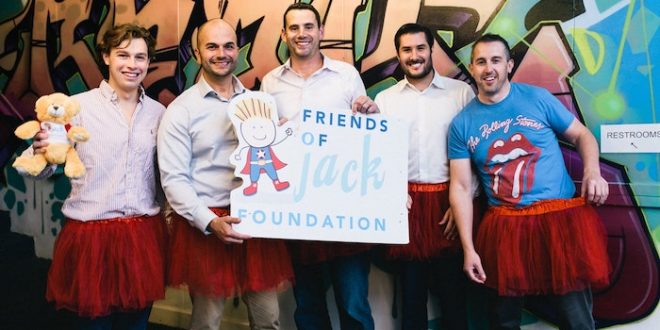 The Friends of Jack Foundation has launched a social media campaign dubbed the #TutuChallenge to raise money to purchase holiday toys for children in need on the SouthCoast. The #TutuChallenge invites influencers from across the region to don a red tutu in a social media post and then pass the challenge along to a friend or colleague. Those who participate are asked to donate $50 to the Friends of Jack Foundation with all proceeds going back to kids in the community to make a memorable holiday that is also a little less stressful for their families.
“The overwhelming support from particularly the medical and business communities has been amazing. It’s just another example of how generous people are here on the SouthCoast. It also shows that we aren’t afraid to rock a tutu and take ourselves a little less serious when kids are benefitting,” said Jill Fearons, Executive Director of the Friends of Jack Foundation.

The #TutuChallenge officially launched on November 1, and the Facebook posts have been pouring in. So far more than 50 people have participated and that number grows daily.

For more information on the Friends of Jack Foundation and to get involved in the #TutuChallenge, visit www.friendsofjack.org.