“If anyone knows who might be responsible for this disgusting act or has any information, please contact the authorities! This is shameful!”-Freetown State Forest.

Considering today’s volatile, often toxic, political climate the jury is out on whether this shameful act was indeed someone of far-right political leaning or someone on the far-left creating a hoax to make their political opponents look bad.

It isn’t that the far-right or other racist groups wouldn’t do something like this – they would – it’s just that it is not their typical modus operandi and they have nothing to gain at all from it. It is neither going to recruit anyone to their cause nor scare away minorities – it’s tame, laughable, a satirical caricature of reality.

However, the far-left does have something to gain from character assassination of their opponents: to cull social favor towards their cause and make it more dangerous for the far-right to gain traction with theirs. That is not to say they are to blame for it, but it is definitely a possibility.

Unless the people are caught, we’ll never know. What we do know for now is one thing: whether the individual or individuals responsible are right or left-leaning they represent everything wrong with this country right now: Americans attacking fellow Americans over their political affiliation as if it was a religious cult or soccer team in the World Cup Finals – where anyone not in the group must be shamed, attacked, destroyed at all expense.

If you have any information about who defaced the trees and benches call the Freetown Police Department at (508) 763-4017. 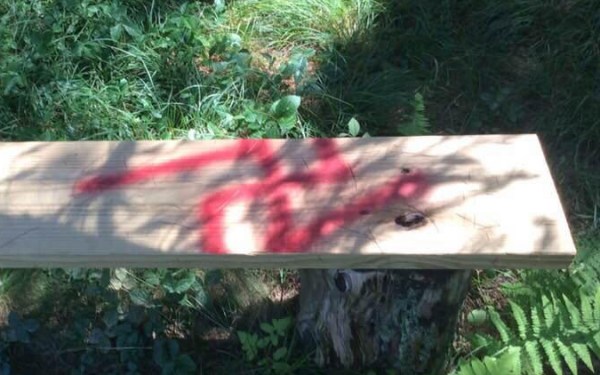 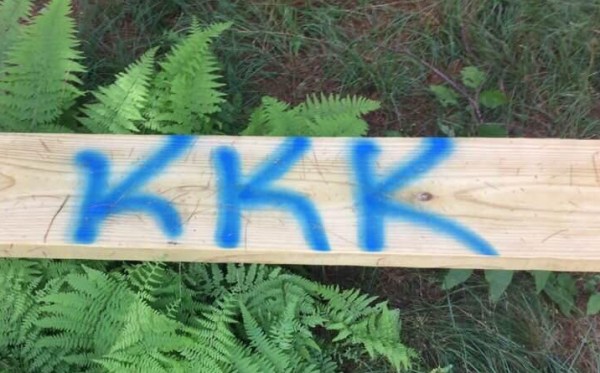 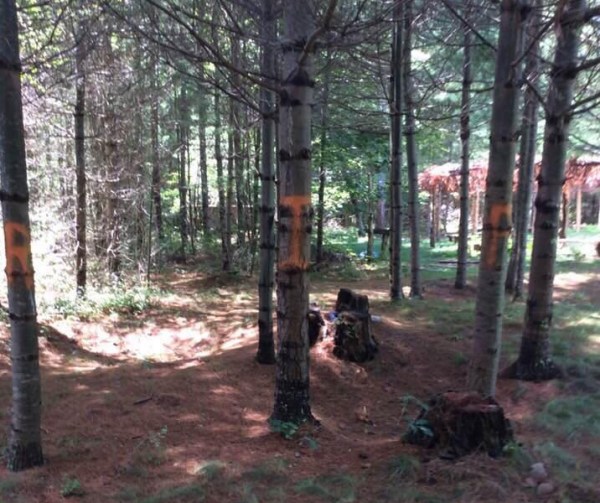 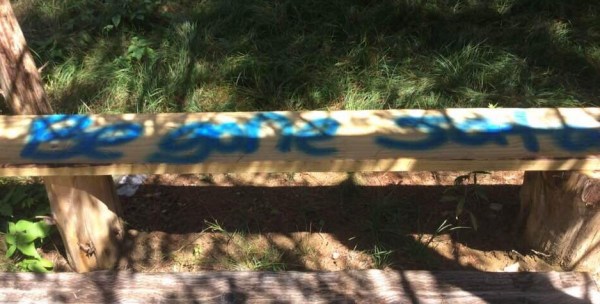