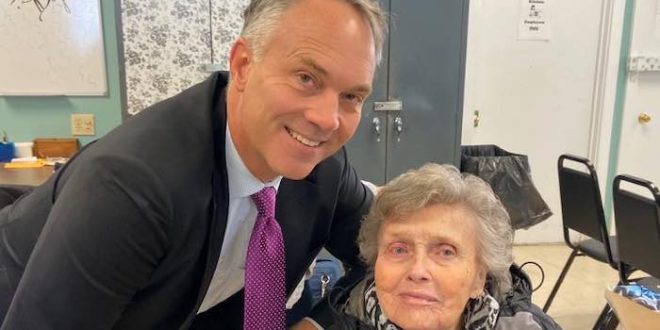 New Bedford Mayor Jon Mitchell released the following statement on the passing of former Mayor Rosemary S. Tierney, who served as Mayor from 1992 to 1998:

“I was saddened today to learn of the passing of my friend, former New Bedford Mayor Rosemary Tierney. Mayor Tierney’s decades of public service included stints on the New Bedford School Committee and Governor’s Council, before she was elected in 1991 as the City’s first female mayor. Mayor Tierney’s tenure as the City’s chief executive was marked by significant accomplishments in key areas. In particular, she facilitated the designation of our historic district as a national park and the establishment of the New Bedford Art Museum, both major anchors of our downtown today. In the face of steady pushback, she also committed significant City resources to restore the Buttonwood Park Zoo after years of decline. These measures have brought countless tourists to the city since then, but more importantly, they have improved the City’s quality of life and reputation.

Mayor Tierney was committed to ensuring that city government functioned properly. She acted to prevent downgrades of the City’s bond rating, built a budget surplus, and initiated a strategic plan to restore and maintain parks, beaches, and municipal facilities for the future. Her work to ensure that the Crapo Hill landfill’s success has saved the city millions of dollars since then. She was especially committed to the City’s Council on Aging and the needs of New Bedford’s senior citizens, opening new senior centers downtown and at Brooklawn Park, investing in new transportation for seniors, and upgrading existing senior centers.

Mayor Tierney was a resolute leader, an exceptional retail politician, and a champion of the underdog. As mayor, she made New Bedford a stronger city, and she continued to serve the city in various capacities in the years that followed. On November 8, 2019, the city formally dedicated the Rosemary Tierney Community Center in the South End as a lasting tribute to her many contributions and achievements.

I am grateful for her friendship, support and wise counsel over the years, along with that of her late husband Jack. In her own unique way, Rosemary kept me on my toes. Ann and I offer our heartfelt condolences to her children, grandchildren, and great-grandchildren.

In observance of Mayor Tierney’s passing, I have ordered the flags at all city buildings to be flown at half-staff.” — Mayor Jon Mitchell