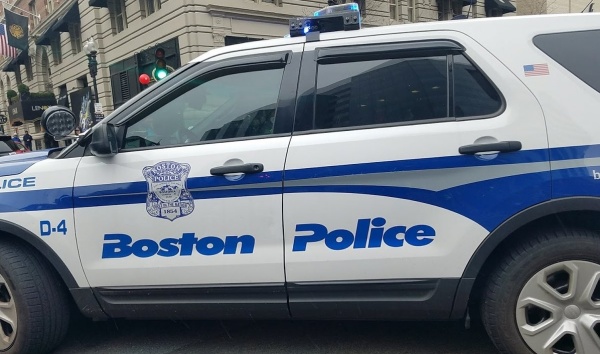 Marilyn Golisano, 68, was indicted on one count of embezzlement from an agency receiving federal funds, six counts of wire fraud and one count of aggravated identity theft. She will appear in federal court in Boston later today.

According to the indictment, the investigation revealed that Golisano, who handled the overtime paperwork for her unit, submitted dozens of false and fraudulent overtime slips on which she had forged the signatures of at least three different BPD supervisors. During the period of the alleged fraud, Golisano’s overtime compensation from the BPD more than doubled, increasing from just over $15,000 in 2016 to $26,000 in 2017 and to over $33,000 in 2018. This increase occurred despite the fact that Golisano’s duties did not change, her rate of pay did not significantly increase and no significant new overtime hours were approved by her supervisor. It is alleged that during several overtime shifts that Golisano claimed to be working in downtown Boston, she was actually miles away from Boston according to her cellphone’s geolocation records.

“Rather than working in service of her community, Ms. Golisano did a disservice to taxpayers and to the reputation of her colleagues in law enforcement,” said United States Attorney Andrew E. Lelling. “The vast majority of law enforcement officers serve their communities honorably and with selflessness but, in those instances where public servants cross the line, we will not hesitate to get involved. I applaud the Boston Police Department for their commitment to rooting out corruption, and for their dedication to protecting the City day in and day out.”

“The public needs to know that they can trust law enforcement officials to be honest and trustworthy. Golisano’s alleged fraud and forgery undermines the public’s trust. The DOJ OIG will continue to hold those accountable who try to steal and cheat,” said Russell W. Cunningham, Special Agent in Charge of the Department of Justice Office of the Inspector General Washington Field Office.

“For years, Marilyn Golisano allegedly forged her supervisor’s signature and submitted scores of fraudulent overtime slips for work she did not do, cheating taxpayers out of at least $29,000. Her self-serving actions have not only eroded the morale of her hard-working co-workers at the Boston Police Department, but have the potential to undermine the public’s trust in civil servants,” said Joseph R. Bonavolonta, Special Agent in Charge of the FBI Boston Division. “We would like to thank the Boston Police Department for bringing this matter to our attention, and for their shared commitment in rooting out public corruption.”