Home / Latest / Five Places to Catch the Game for Less

Five Places to Catch the Game for Less

Watching the game from the comfort of your own home can be ideal.  But it can also be a blast to round up some friends, get out of the house and view the big game (whether that be football, baseball, basketball or hockey) surrounded by quality screens, inexpensive beer and tasty game-time snacks.

As the NFL lock out finally resolves, my adoration for everything football is beginning to creep back in again.  Here are some of my favorite places to spend my Sundays during football season:

Since Striker’s Pub was renovated a couple years ago, this has been one of my favorite sports hangouts, both for the sheer number of screens and the awesome drink deals.  Located at Wonder Bowl, Striker’s has eight screens at the bar alone, and a gorgeous wide-screen projector.  Striker’s also allows you to view in the comfort of large plush armchairs which are dispersed throughout.

In terms of drinks, Striker’s has a full bar that often offers great deals.  I tend to enjoy sipping on a tall can of Rolling Rock, which only costs $1.50.  They also offer a great variety of draft beers and bottled beers, along with mixed drink specials.  Striker’s is open until midnight during the week and 1 AM on weekends, allowing you to catch even the late night games.

If you like to snack while you watch, Striker’s offers some delicious options that won’t break the bank.  I highly recommend getting yourself a basket of sweet potato fries for only $2.50.  They also serve just about every game time favorite such as boneless chicken tenders and nachos, and if you’re looking for a full meal Striker’s serves up burgers, wraps and pizza. 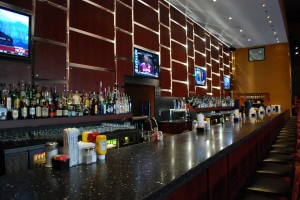 Alright, I know this is the second time I’ve brought up Funchal in an article, but there are a lot of things that I think this restaurant does great, and football is one of them.  When it comes time for football season, this is the place to be.  Funchal provides four HD TVs to watch, along with a giant, 50 inch projector that you can easily see from any point in the cafe.

To top off the great atmosphere for sports lovers, Funchal offers a special menu that highlights some game time favorites such as nachos, chili and buffalo wings.  The servings you get are impressive enough to satisfy a linebacker, and cheap enough to be afforded by someone who doesn’t have an NFL salary.  The menu also features drink specials such as a bucket of beer or pitchers of Miller Light or Bud Light for $6.

Paul’s seems to often get overlooked, but I think that this is a great find.  With a cozy atmosphere, large bar, big screen TV and pool table, this place is everything a classic sports bar ought to be.  The bar offers very reasonably priced beverages, such a tall cans of PBR for $2.00, and mixed drinks for under $5.  While Paul’s does not have a huge menu of food options, they do offer you some game time standards such as burgers for $3.50, a steak and cheese for $4.50 and even free steamed hot dogs at about 90 percent of game days.

Paul’s has been a family owned sports bar for over 33 years and has a great neighborhood atmosphere.  Last time I went there I got the opportunity to speak with Paul’s wife Nancy who cooks the food herself and prides herself on the quality of the meat they serve in their burgers and dogs.  As she explained it to me, “if I wouldn’t serve it to my grand kids, I wouldn’t serve it to my customers.”

The walls are adorned with all sorts of cool New England sports memorabilia that I find to be a draw in and of itself.  Finally, I should mention that they have six TVs to watch and root on your favorite home teams. 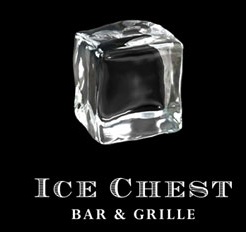 The Ice Chest is probably one of the most happening bars in Fairhaven.  This is no small thanks to their mouth watering menu and ample supply of bottled and draft beers.  The food and drink in combination with the fun atmosphere make Ice Chest a quality local draw.  However, it also features six high-def screens for game watching, which make this a sports fan’s favorite.

While the Ice Chest doesn’t offer any major drink specials, it does have a great variety of beers and mixed drinks alike so that you can be sure to find something to match your pallet (or budget if you’re like me).  They also have some savory game time food options that are sure to keep you happy through all nine innings, four quarters, or three periods.  The buffalo chicken dip is phenomenal, and at $6.99 you get a large portion that is great to share.  Potato skins will cost you only $5.99, and if you’re in the mood for something filling, go for a 12 inch “pub style pie” (personal pizza) for only $5.99.

Much like Cafe Funchal, I have to say that Rose Alley does just about everything right as far as bars go.  With the laid back atmosphere of an Irish pub, Rose Alley is the best place downtown to watch the game as far as I’m concerned.  This is due to a combination of featuring nine HD televisions, an impressive variety of beers that range from your favorite cheap drafts to rare micro brews, and a delicious food menu that I cannot get enough of.

Whether your looking to split some appetizers and beer or get dinner while you watch, Rose Alley’s menu is perfect game time fare.  Their appetizer menu features every game time favorite such as mozzarella sticks ($6) and beer battered onion rings ($5), but it’s their wings that I feel deserve the utmost praise. As a bit of a buffalo wing connoisseur, I have to say that Rose Alley’s are my favorite in Greater New Bedford.  They offer you a wonderful selection of flavors and heat settings from “mild” to “suicidal” and sell by the pound, starting at a half pound of boneless wings for $6.  Couple this with your favorite beer, and your conditions are ideal for game time.

For more information on what Rose Alley has to offer, check out NB Guide contributor Amy Knox’ review!

The South Coast has been my home since I came to UMD in 2005. I have worked and lived in NB, and now live in Westport. With a Master's in public relations I have worked as a consultant, and as a professor. I love trying new foods, writing, watching movies (and football!), traveling, listening to a wide array of music, and of course, I <3 the South Coast.
Previous Cowboys & Aliens Movie Review
Next A Trip to Fathom’s Bar and Grille