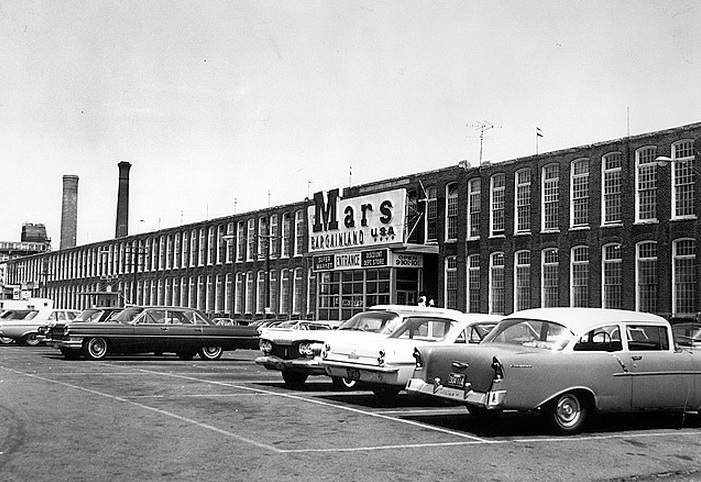 Well, I vividly recall wearing a diaper (in hindsight) and playing in the grass. There was a tiny thing “playing” in the grass next to me. It approached me, so surely that meant it wanted to play. When you are new to the world, you are curious about everything. Everything.

Apparently, My thumb was my connection or feeler to the world. I used it to touch things. In this case, I reached out with thumb to connect with this thing and a powerful sensation of heat and pain exploded and surged through my hand. I turned, and ran towards safety, wailing as I went.

Turns out it was a bumblebee. I was so young, that I had no idea what a bumblebee was. Oddly enough, I would have never recalled that day playing in the grass if it wasn’t associated with a powerful memory. Pain is an excellent mnemonic anchor.

I digress. Allow me the liberty, because it isn’t altogether without a point.

While I have many painful memories of New Bedford, the vast majority of my memories are positive ones. Sorry, cynics.

As I get older, my memory is not what it used to be. In my case, it’s abnormal due to years of silent concussions from combat sports, but certainly, a portion of it is a product of growing older. My point with sharing my first memory is that even with normal and abnormal memory loss, I have retained many memories, even ones that would be considered “unimportant.” They’ve been retained because of their intensity and power.

I have many fond memories of a number of landmarks throughout the city. Unfortunately, it’s difficult to come across images of many of these. I remember playing tag football in the Car Barn before it was a housing complex. It was an auto salvage facility if memory serves me correctly. I remember crushed or destroyed cars stacked upon each other. They were stacked in rows along opposing walls, leaving a clearing in the center for heavy machinery. That was our football field.

At one point I lived on Clark Street, across from Ketcham Traps in 1978. I remember peering out the second-floor window and shouting to my mother “Everyone got so scared of the blizzard that they left town!! WOW!”

“How do you know that?” she said. A very puzzled mother joined me at the window. “All the cars are GONE.” I replied. When she looked out along the streets from our vantage point, she pointed to a thin piece of metal poking out from the snow. “See that?” she started. “That’s a car antenna. The cars aren’t gone. They are under the snow.” What do the youth say today? “Mind blown?” Understatement.

Any kid who lived in the city during that blizzard knows exactly what comes next. A laser-like focus on one mission: getting outside and being a kid. What followed was 3 days of festivities as the city was shut down.

In the context of winter, there’s a saying “You know you are from New England when you get excited when you see a Trans Am.”

Anyhow, that’s enough of an introduction. If left unchecked, I’ll type for a few more hours and we’ll never get to the “meat.”

So, let’s discuss 5 (Almost) Forgotten Landmarks. We’ll do a few of these. Here are just 5 that came to my head first.

When Joe isn't writing, he's coaching people to punch each other in the face. He enjoys ancient cultures, dead and living languages, cooking, benching 999#s, and saving the elderly, babies and puppies from burning buildings. While he enjoys long walks on the beach, he will not be your alarm clock, because he's no ding-a-ling.
Previous New Bedford Remembers 9/11
Next Whaling Terms For Landlubbers: “Gamming”