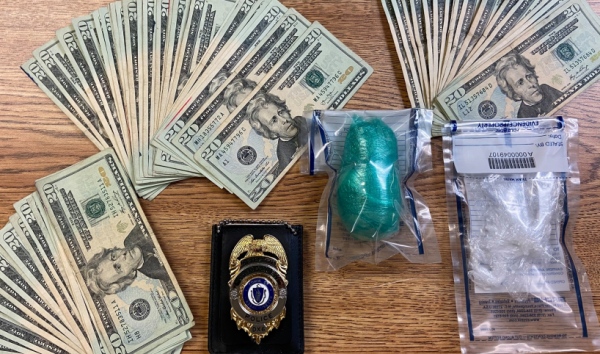 Following this week’s search, the charge against CLARK will now increase to Trafficking More Than 100 Grams of Fentanyl.

On Tuesday, Jan. 19, Fairhaven Police Detectives and members of the Bristol County Sheriff’s Office executed a search warrant at 5 Edgewater St. in Fairhaven. During the search, officers seized 122 grams of fentanyl and $1,200 in cash.

Previously, on Tuesday, Jan. 5, investigators executed a search warrant at the same home and seized 36 grams of fentanyl and more than $28,000 in cash. CLARK had been deemed dangerous, and has been held without bail since his arrest.

Between the two searches this month, a total of 158 grams of fentanyl and more than $29,000 in cash were seized.

‘This week’s search and the one carried out earlier this month were examples of terrific, in-depth police work that led to a large quantity of drugs being taken off the streets of our community,’ Lt. Kobza said. ‘It shows what can happen when multiple agencies work together cooperatively with a common goal.’

These are allegations. All suspects are innocent until proven guilty.”