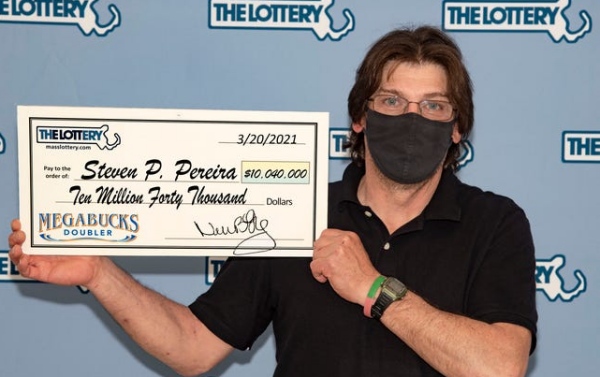 Fate played a role in one man hitting the lottery: after pulling into a gas station to fill up he noticed they were closed so he went down the road to the 7-Eleven on Huttleston Avenue. It’s a good thing because if that first location was open for business he wouldn’t be a millionaire ten times over.

Pereira chose to forego the annual payments and take the one-time cash option which is $8,424,485. Even after taking out what Uncle Sam wants, he’ll still be sitting on approximately $6.5 million.

Originally from Fall River, Pereira said the first thing he will do with his winnings is take care of his adults and pay off his mortgage.