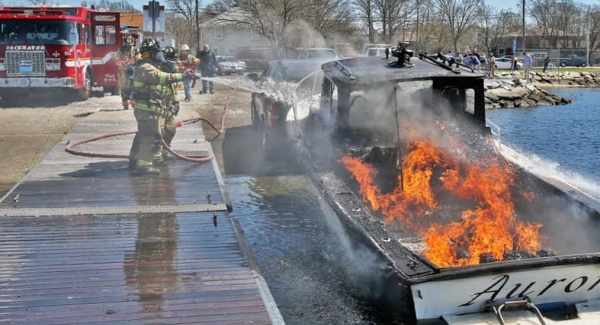 “A fire caused major damage to a cabin cruiser at the Pease Park Boat Ramp in Fairhaven, MA.

At 11:43 am, the Fairhaven Police received a 911 call reporting a Boat Fire at Pease Park Boat ramp. The fire department responded with 2 Engines. On arrival, a 25ft cabin cruiser still on a trailer and attached to a truck, was heavily involved in fire. The fire took about 30 minutes to extinguish and caused about $20,000 in damage to the vessel. Additional damage was sustained to the town-owned pier at the boat ramp estimated at $5,000.

The boat was recently just fueled and was being launched for the season. A backfire combined with gasoline fumes in the engine compartment is the apparent cause of the fire.

The boat owner was on the vessel at the time of the fire and managed to escape without injury. 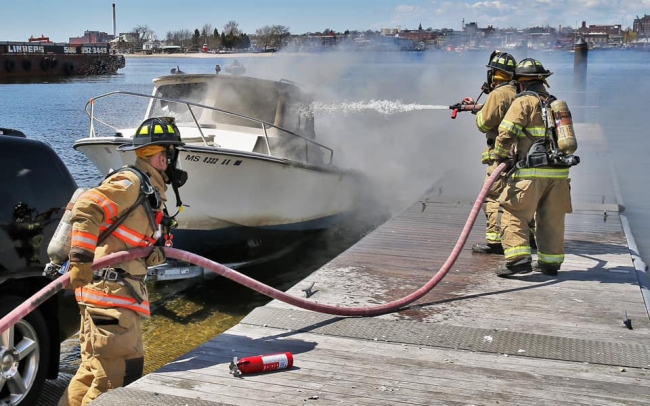