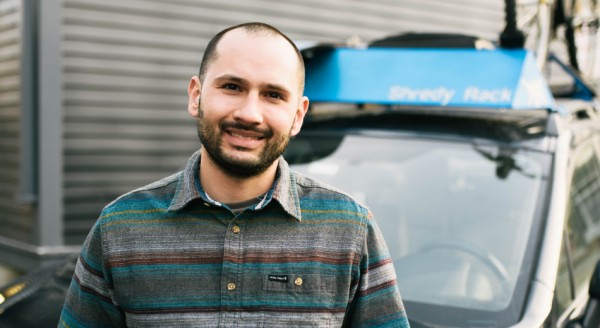 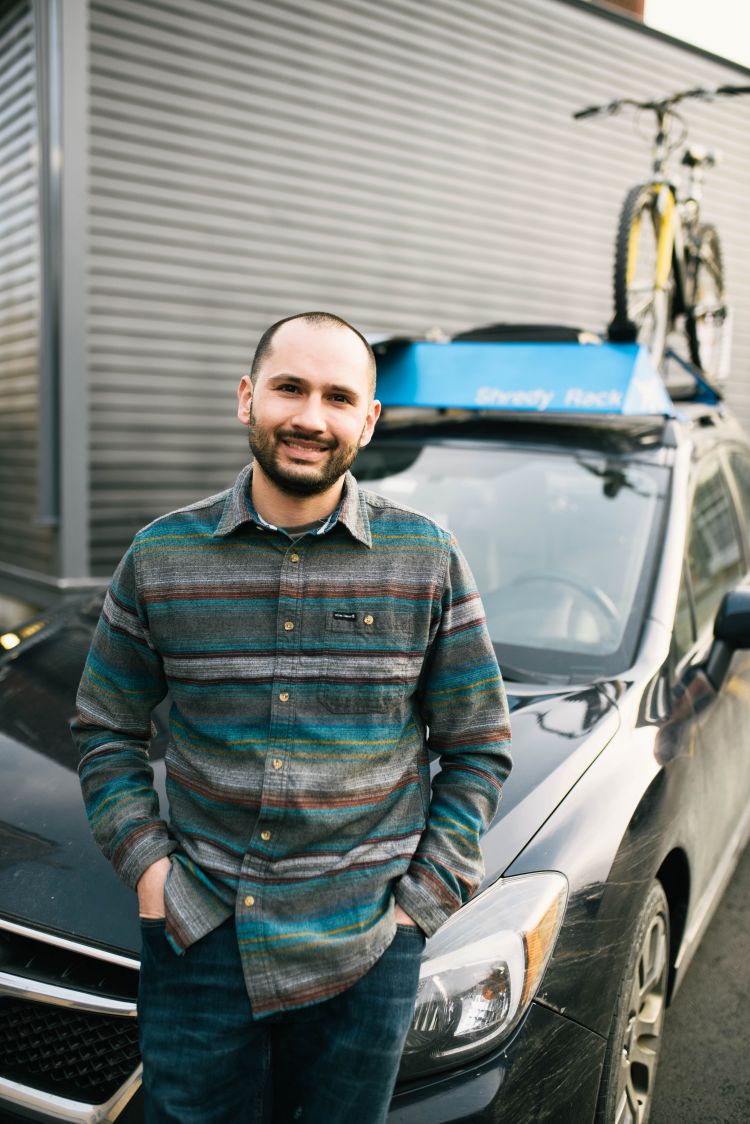 Meet Ron Dauplaise, 31-year-old Welder, Custom Fabricator and creator of the ShredyRack. Like most teens, Ron was unsure of what he wanted to do after high school until he started working at his father’s welding shop. After a few years of work with his father at Precision Welding, he knew he loved fabricating and creating.

After graduating from New Bedford High School, he continued on to the University of Massachusetts Dartmouth to study Marketing, in the hopes of helping develop his father’s company further. During his time at Umass, he was able to attain the knowledge he used to develop the companies websites, which tremendously helped grow the business.

Ron has always been an extreme sports enthusiast, frequently traveling to Vermont and New Hampshire for snowboarding and kayaking trips with his friends. During one trip, he became tired of cramming his friends and their gear into his Impreza and started thinking of ways he could free up space. Using the abilities he had learned in all of his time welding, he began work on his very first ShredyRack, a roof-mounted system that can hold not only your skis, snowboards, bikes, and boats but also your packs and bags, freeing up space in your vehicle.

After a year of testing and tweaking, he had a product he was comfortable with. After hearing about Southcoast EForAll from its Executive Director, Jeremiah Hernandez, he enrolled in order to solidify a game plan for his company. He hopes to be able to work with social media influencers to grow his customer base and start shipping orders for ShredyRack this upcoming season.