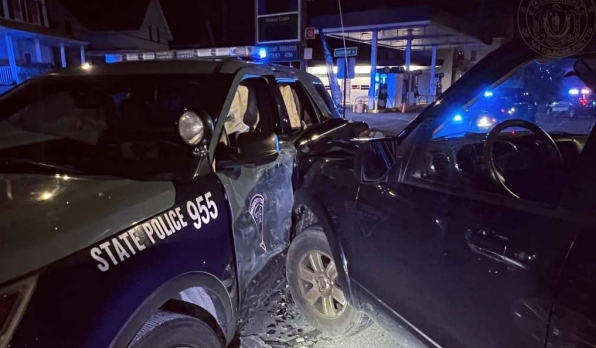 At 10 pm last night a Trooper assigned to the State Police-Middleborough Barracks advised the barracks, over his radio, that his cruiser had just been hit by another vehicle on Cohannet Street in Taunton. The suspect vehicle remained on-scene.

Other patrols responded and determined that the driver of the other vehicle was operating under the influence of alcohol and placed him in custody.

The Trooper was transported to Morton Hospital by EMS. He was treated for minor injuries and released just before midnight.

The impaired driver, SAUL JUSTA, 44, of Taunton, was booked at State Police-Middleborough on a charge of OUI-Liquor. A bail clerk ordered him released from custody on $100 cash bail. JUSTA is scheduled to be arraigned today in Taunton District Court.