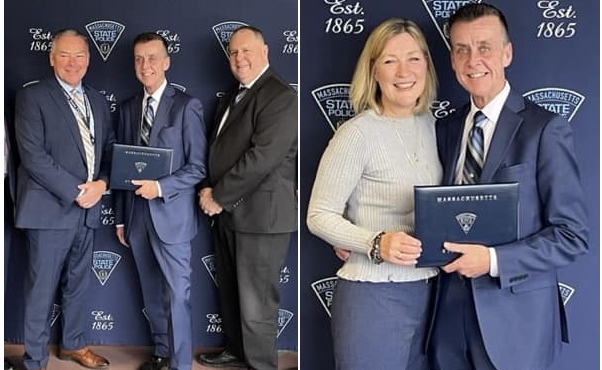 “We would like to congratulate Sergeant Timothy Grant on his retirement after 36 years of service to the Massachusetts State Police and the citizens of this state.

Sergeant Grant worked for many years in our Disabled Persons Protection Unit, seeking justice for people with disabilities who were abused or victimized.

This week at General Headquarters, where he finalized his retirement, he was joined by his wife Loretta and several of his colleagues, including Lieutenant Colonel John Mawn, commander of the Division of Investigative Services.

Thank you, Sergeant, for your honorable service on behalf of some of our most vulnerable victims.” -Massachusetts State Police.